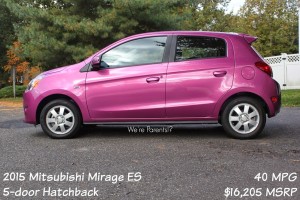 Disclosure:  Thanks to Mitsubishi  and Drive STI we were given the chance to drive the Kia Soul+ free of cost.  No compensation was received.  Opinions and thoughts are 100% our own.
When we were asked to review the Mitsubishi Mirage for a week, I was a bit nervous.  This car is half the size of our current vehicle.  I was more worried that our car seat wouldn’t fit rear facing, but either way, I was willing to test it all out.  Our rep at Drive STI told us that it would be Plasma Purple, so I was surprised when it arrived and is much more hot pink than purple.  Andrew’s co-worker said it looked like a giant piece of bubblegum.  But how did the car actually stack up?

While there aren’t a ton of “bells and whistles” that most new 2015 model vehicles has, the Mitsubishi Mirage has a great set of features for itself.  There’s still the Start/Stop push button engine, and upgraded CD/Radio station with temperature controls, and three cup holders. There is one outlet plug by the center console also.  What surprised me was that even with such a small vehicle, there is a standard spare tire under the trunk still. 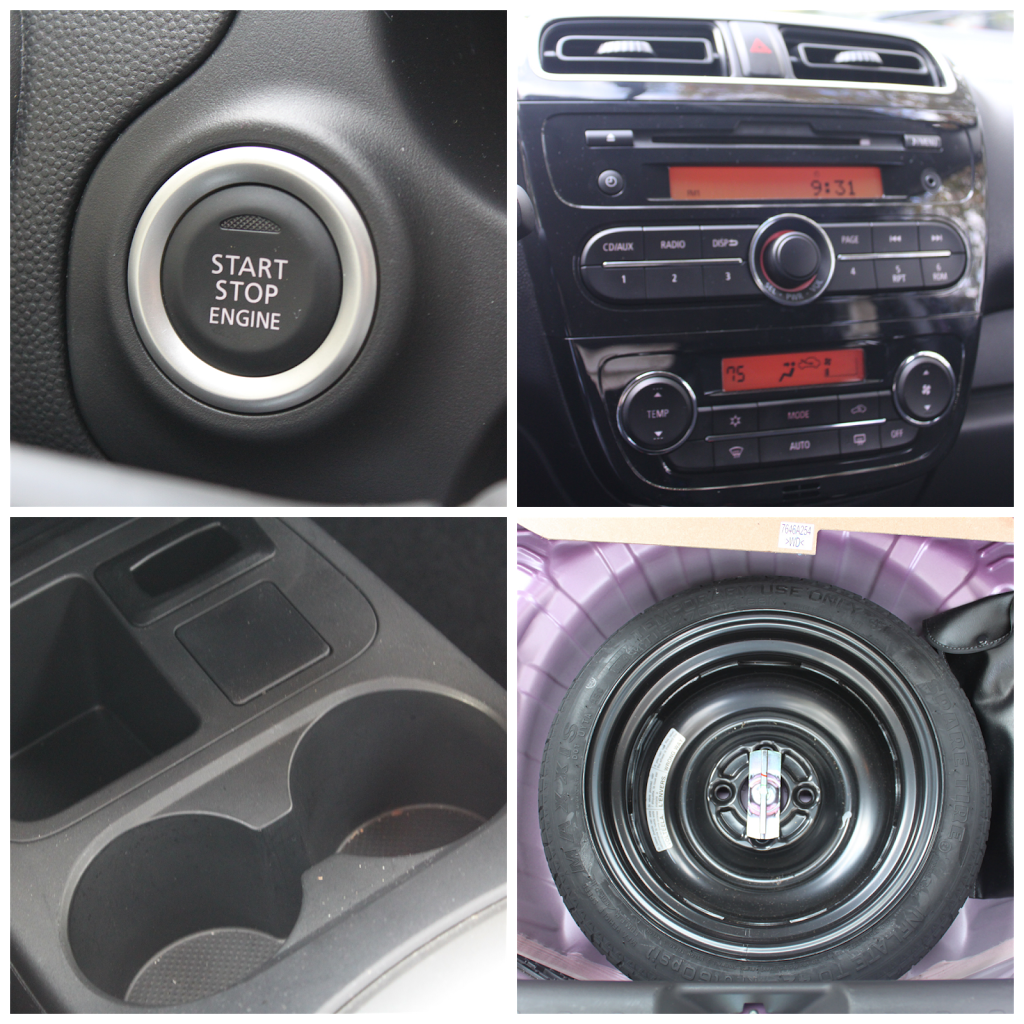 There is a decent size trunk space and both of the back seats fold down for more storage.  The front passenger seat, with our rear facing car seat, had to be up all the way, but there was still plenty of room to rear face just her seat. 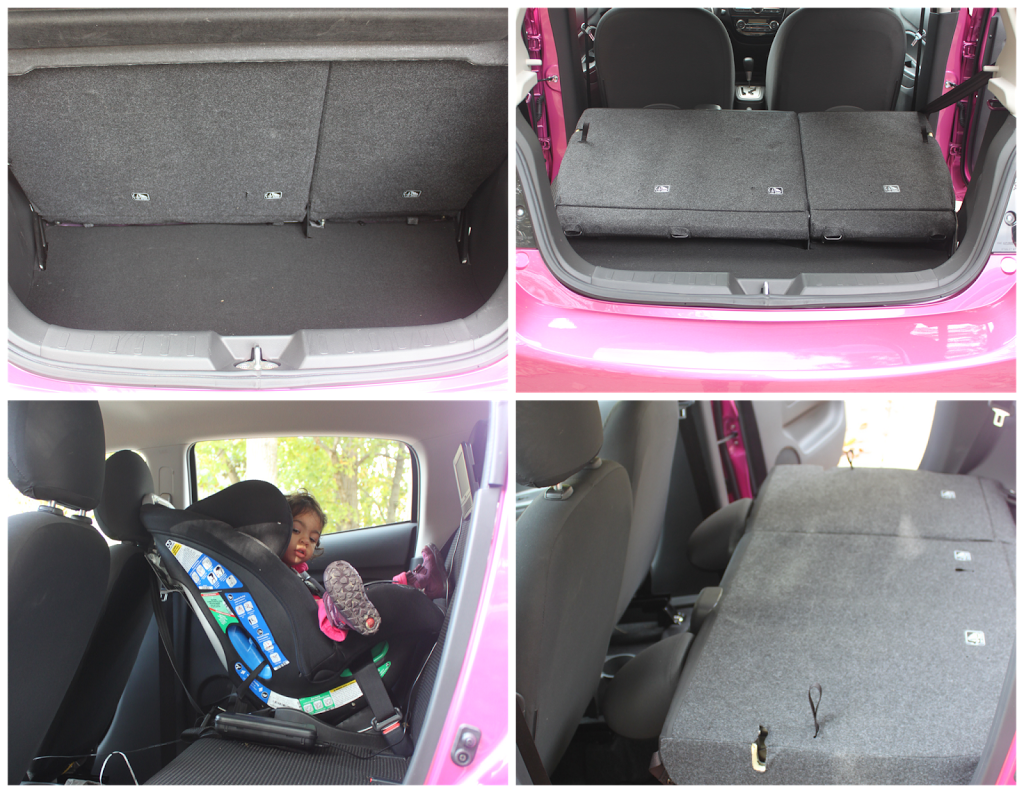 I was doubly surprised when I saw there were three tethers for the backseat for car seats.  This was definitely one of the biggest surprises for us with this little car.  It’s a huge feature for parental safety and very welcomed. 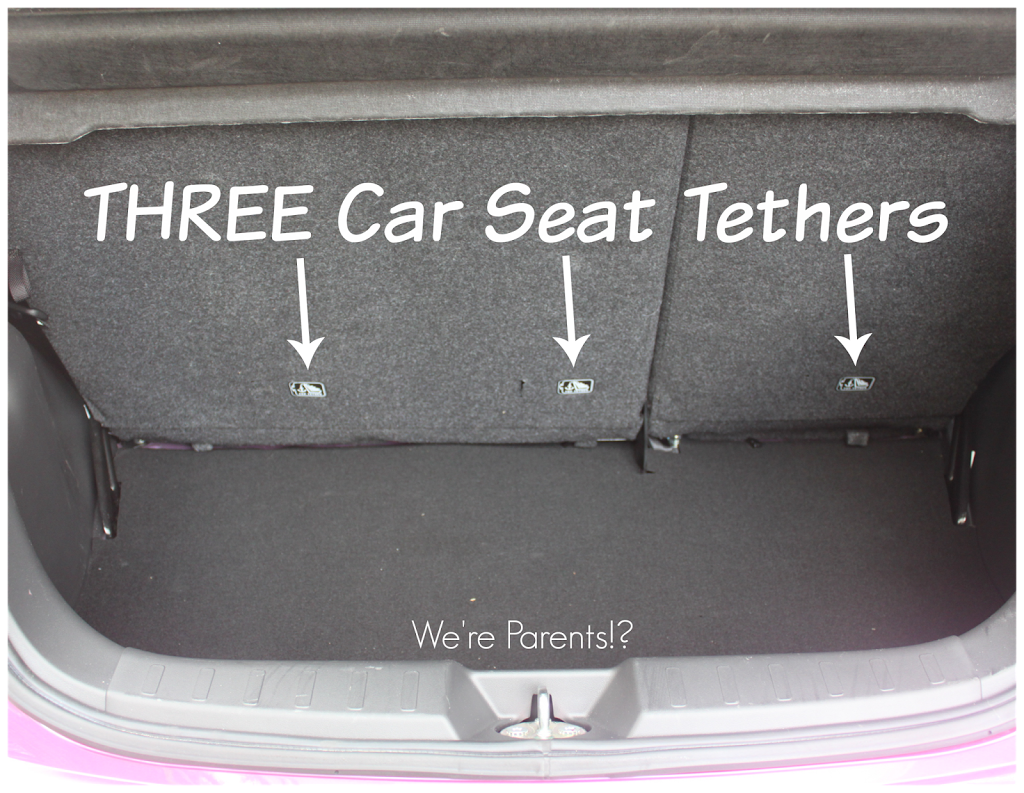 The #1 feature, but far is the mileage.  The Mitsubishi Mirage gets 40MPG.  We drove over 4 hours and didn’t use a full half a tank of gas. That’s insane! 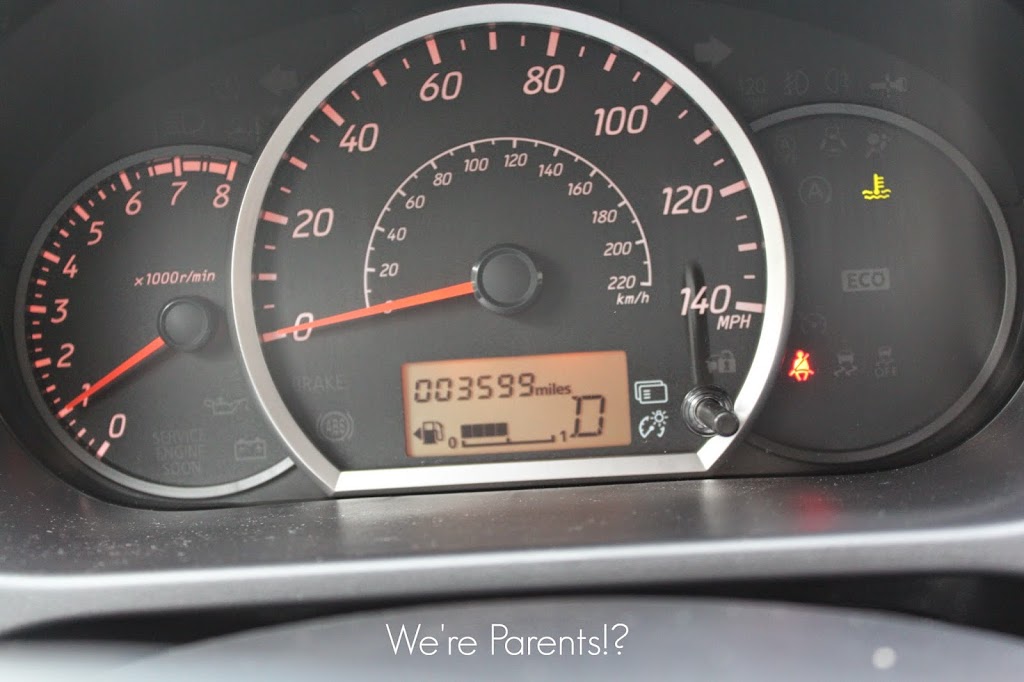 Some our Top Mitubishi Mirage ES features are:

And so much more!
We think this would be a great first car for a teenager or as a spare car for a family.  With the amazing gas milage, there’s a huge benefit to savings.

What it will cost you-