This Slow Cooker BBQ Parmesan Pork Loin is one of the easiest, but most flavorful easy dinner recipes that you can throw together! 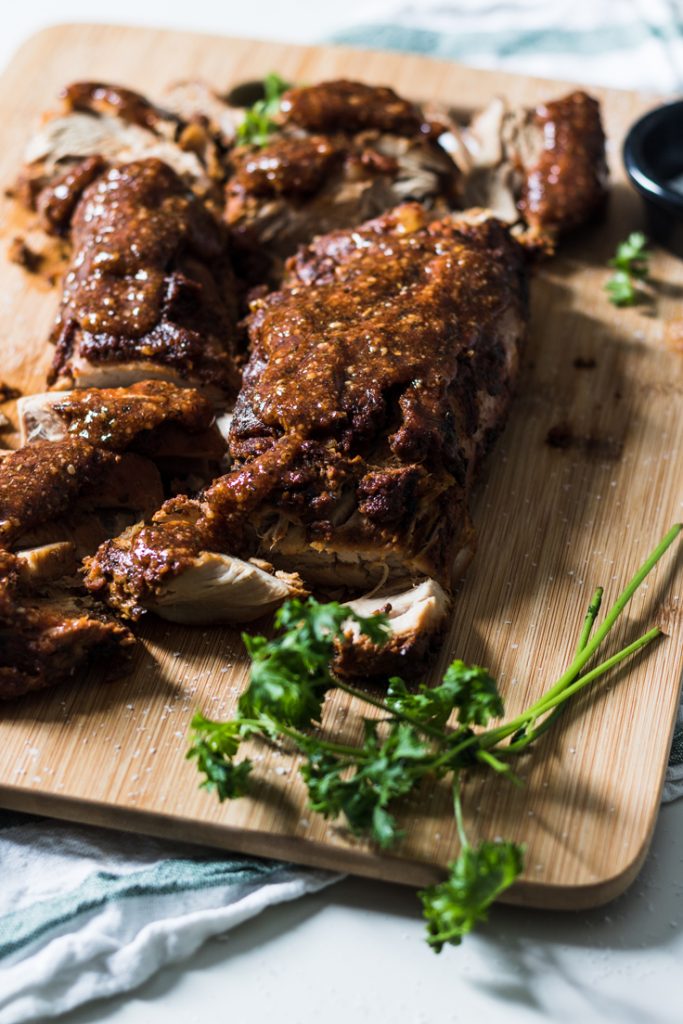 Being a parent means that every night, there are little ones that need fed. It’s a never-ending cycle and while we all love our kids dearly, having to physically make someone three meals a days, does get exhausting.  Especially, I’m sure if you don’t like to cook to being with.
When I first had our daughter, my idea of cooking meals consisted of some cans or jars, a few boxes, and a lot of hope. We quickly realized we didn’t want to eat a lot of processed foods for our children and because of that, it meant that I needed to get better with cooking.
One of the biggest things that helped me was being able to find super flavorful meals, like this Slow Cooker BBQ Parmesan Pork Loin, that could not only feed us multiple meals, but also were easy to throw together.  One of the reasons I love our slow cooker so much is that I am able to throw everything inside of it early in the morning and then by the end of the day dinner is completely ready.  The meals, whether making meat or a soup, are always so tender and it feels like the flavors have more of a chance to really merry together. 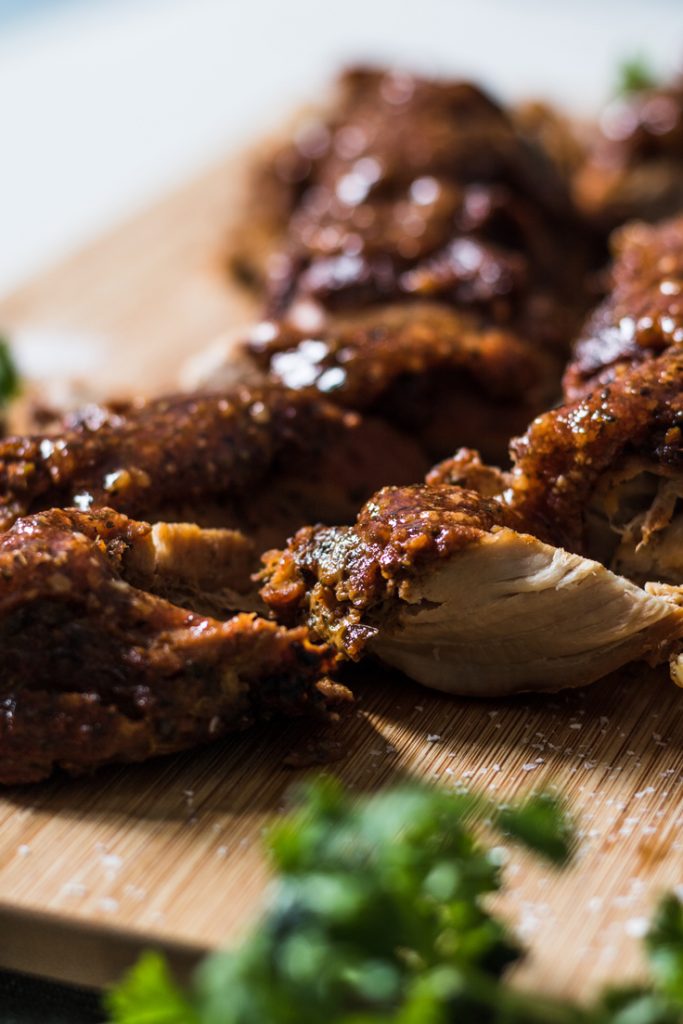 In order to make this slow cooker pork loin recipe, you are going to need the following ingredients. Of course, the entire recipe and cooking instructions are below if you scroll down a bit more. 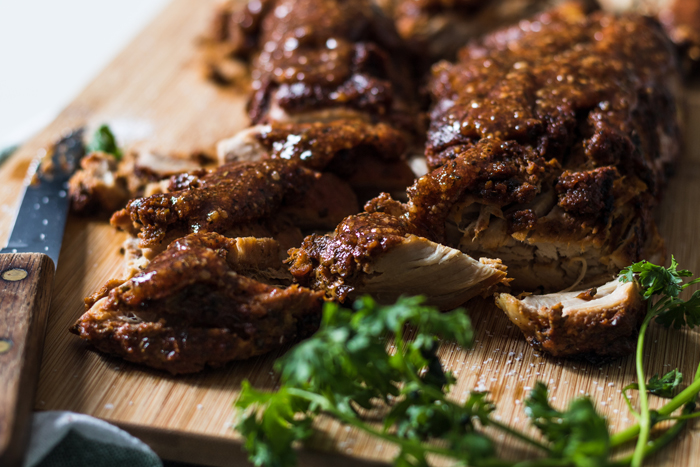 Of course, you could eat this entirely on it’s own. It’s so delicious. However, you probably want some sides to go along with your easy pork loin recipe. 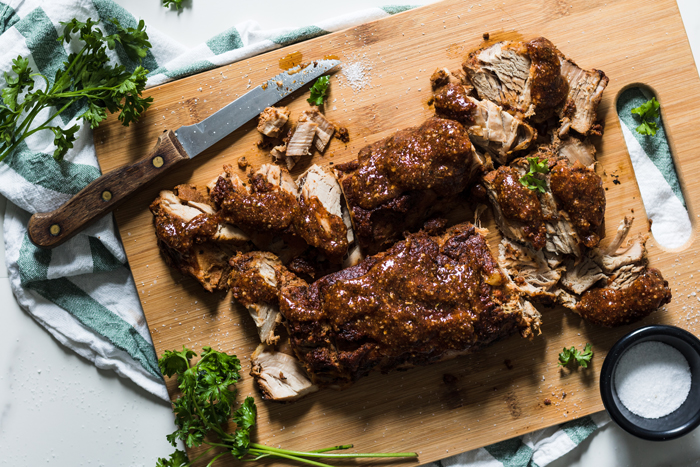 One of the biggest things when making such a large piece of meat for us is that we often have a lot leftover. No one really likes the same meal over and over again, so often you make wonder what to make with leftover pork loin.  This is also a great way to knock two or more dinners out of the way. Simply purchase a larger pork loin than the recipes calls for and double the sauce.  Then, you can use the leftover pork loin for multiple meals throughout the week.  Some of our favorite leftover pork loin recipes are: 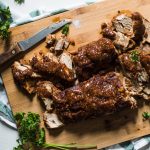 This Slow Cooker BBQ Parmesan Pork Loin is one of the easiest, but most flavorful easy dinner recipes that you can through together!

**Nutritional facts are just estimates. Please utilize your own brand nutritional values to double check against our estimates.

This post was originally published on August 16, 2012. We’ve gotten much better at photography since then.  Check out some of the old photos of our Slow Cooker BBQ Parmesan Pork Loin for giggles! 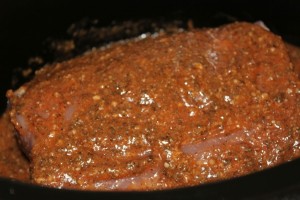 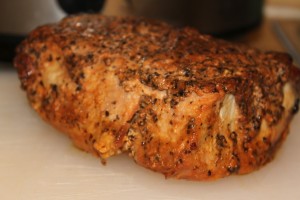 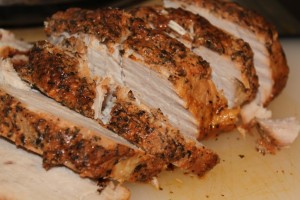