You are here: Home / Home / I Want You To Feel Uncomfortable 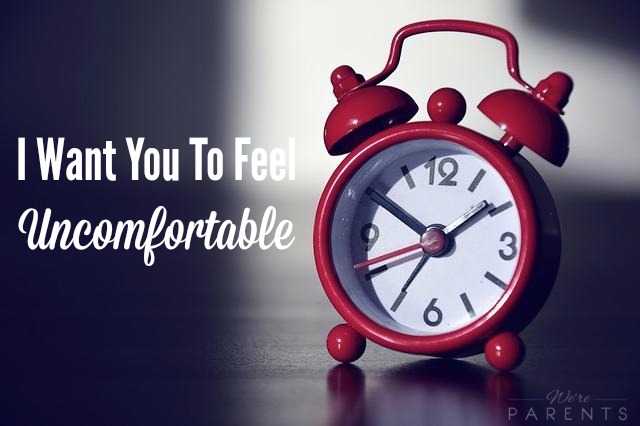 As you scroll through your Facebook and Twitter feeds yesterday, you may have been slightly uncomfortable at the death of another black man in your news feed. Video showing two police officers, with Alton Sterling pinned to the ground, shooting multiple times at point blank range. Executed by the people supposed to be level headed enough to diffuse situations. You likely saw outrage from your black friends at something you likely don’t understand. But you likely just kept scrolling.  Not saying anything. Not sharing the outrage.

Then as you wake up this morning, you are again flooded with yet another story of a mother and her child sitting in a car watching their loved one die while not being able to do anything.  No CPR, no comfort. Hands on the wheel.  Don’t move. Lavish Reynolds and her FOUR YEAR OLD child watched as Philando Castile died by their side.

Yet you keep scrolling.  You still don’t say anything.

I want you to feel uncomfortable.

I want you to be pissed the hell off.

I want you to feel the anguish that these Black Americans– Our friends–Our family–Our fellow human beings go through EVERY. DAMN. DAY.

It is no longer on our friends to be the change.  It is no longer those with the same skin color as the men and women who are five times more likely to be shot by police to be angry. It is no longer on Black citizens of the United States of America to feel like they are walking a thin blue line in the 1960s all over again.

Our friends can no longer bare the sole burden of the hurt, fear, and anger. It is on those of us without brown and black pigments to our skin. Those of us who wake up everyday and don’t have to worry about driving past a police car.  That don’t worry about being in the wrong place at the wrong time.  That have never had to explain to your son or daughter that people may treat you differently based on the color of your skin.

It is up to you to uncomfortably stand up and say something when you hear a racist remark both on and offline.

It is up to you to uncomfortably sit with your sons and daughters, but especially your sons, and teach them better. Teach them that someone’s skin color does not make them anymore of a threat than anyone else.  Teach them that there’s certain situations that they can’t do with their black friends.

Because solving the problem of oppression doesn’t fall on the oppressed. It falls on those with privilege.