You are here: Home / Home / How to Make Slime (Christmas Slime) 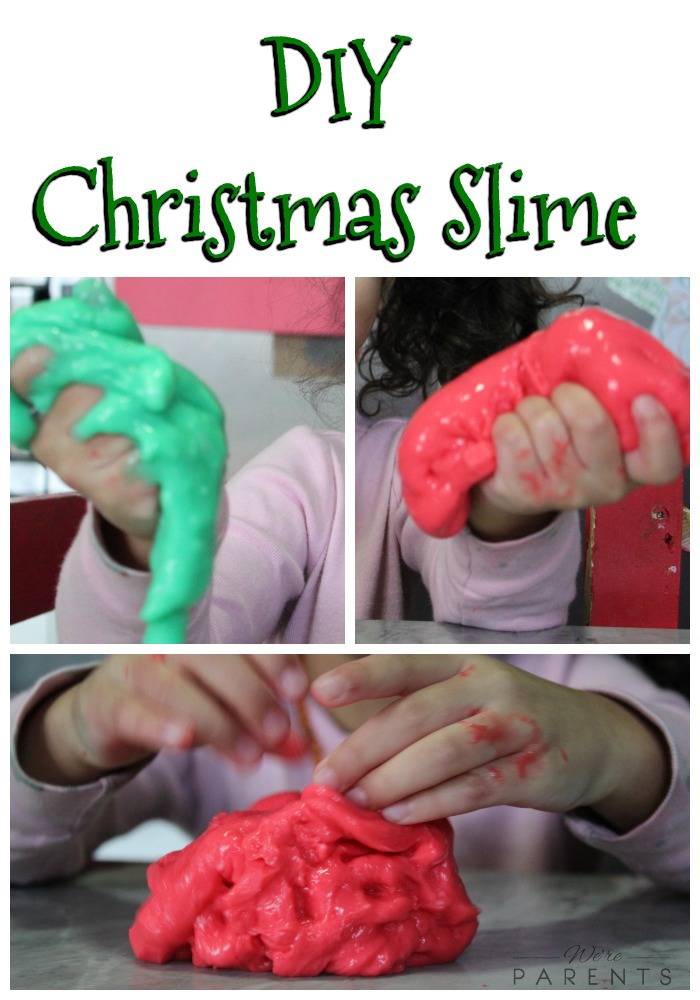 As a mom, I’m obsessed with anything that is going to keep at least one of my kids busy for an extended amount of time. Recently, the big one saw a video on YouTube kids where they were playing with slime.  She has relentlessly asked me for slime ever since. (yay).  I remember making slime in science class in grade school, so I knew it was something possible for us to do together. To make me even happier, it was ridiculously simple to make after a little tweaking.

As soon as we were done making it, she played with it for what seemed like forever. (PARENTING WIN). Not only that, but she has continued to ask to play with it every day since.  We’ve added some cookie cutters and various molds into the equation and insert endless fun.

On a side note….slime is actually an amazing stress reliever. It has been so much fun for me to play with as well. There’s something just so relaxing about doing things that make you relate to the fun times of your childhood. So go on, play with it alongside your littles! There’s no judging going on here. 🙂 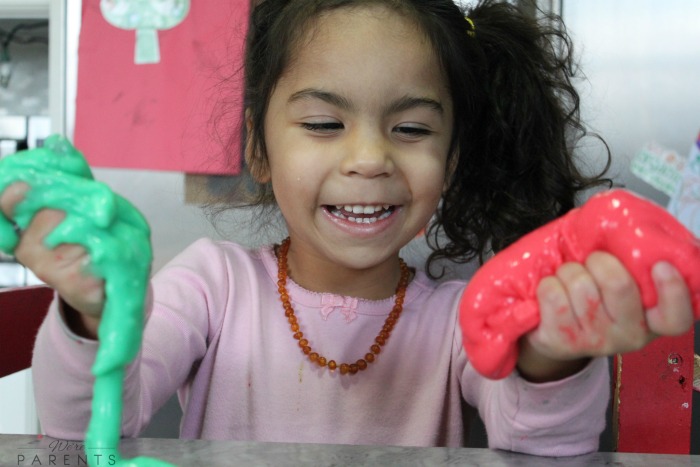 **Tip: for a goopy slime (like the green one in the video) add an additional 1/4 cup of water to the glue mixture bowl before combining with the borax mixture.

Watch our video of us making it, then grab your ingredients and make your own!

Valentines Crafts for Kids – A Canvas of Love