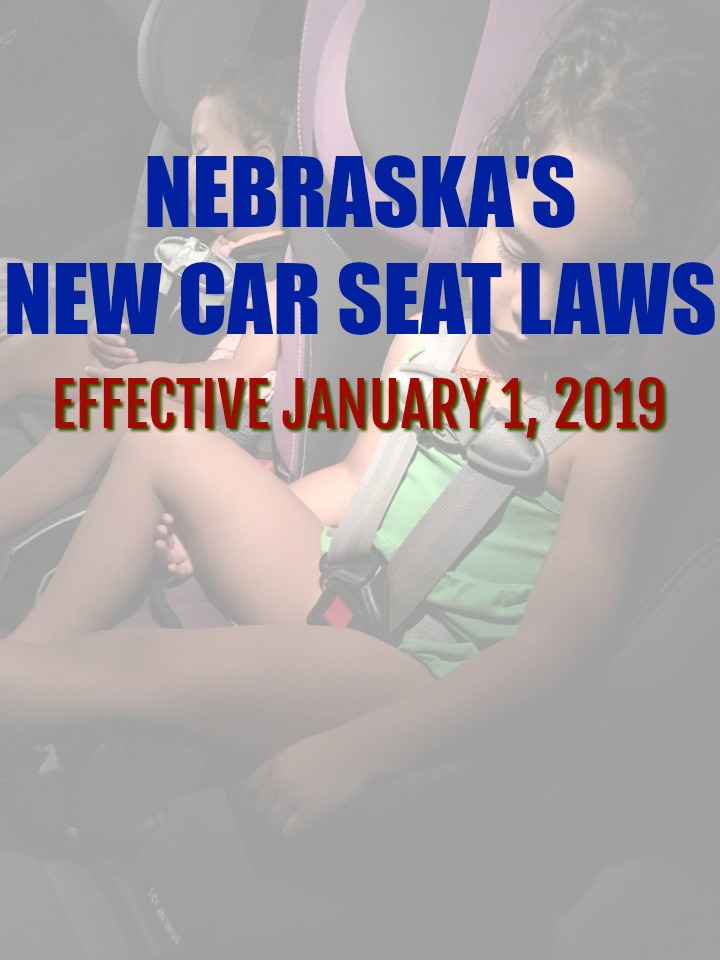 Multiple organizations, including the AAP have stated that rear facing is the safest and children should remain rear facing in their car seat until at least age 2. One study shows rearfacing between 12-24 months is 532% safer than forward facing.  Nebraska has become the newest state to pass a law making sure that more children will remain rearfacing until at least two years old. On March 29,2018, both the House and Senate in Nebraska passed bill LB42. Then, on April 4, 2018 the bill was signed into law by the Governor Nebraska’s new car seat laws will go into effect come January 1, 2019.

Nebraska’s previous child safety seat laws stated that all children under 6 years old must be in a child seat. Children 6-18 must wear seat belts. A $25 fine was in place for violations.

The new bill amends that law and makes the following specifications:

What this means – Children Under 8

It also excludes children who have  been waived by a licensed physician because it would be harmful for their condition, but does state that the driver of such vehicle must carry a written and signed physician statement with them, identifying the child, at all times.

The law also states in section 2-7 also states that the Nebraska Department of Transportation must also develop and implement statewide public information and education programs in regards of how to use child passenger restraint systems and discount programs for car seats.

3 Tips to Save Money on Car Seats