You are here: Home / Home / Over 300 people attend Big Latch On Event in Southern NJ
We were so excited to head to Medford, NJ to take part in our first Big Latch On event. We were there as both a participant and volunteer.  We arrived at 9:00am and what happened after that was beyond our expectations.
Milli Schaeffer,  local La Leche League leader, was in charge of organizing the event on behalf of La Leche League of Glassboro, Woodbury, & Marlton, NJ, and it went off without a hitch. As a volunteer, my job was to secure donations for prizes prior to the event happening and then the day of the Big Latch On, I was in charge of taking pictures of the winners. Earlier in the week the event organizer, quickly had to make a change of venue, as it appeared than more and more people were RSVPing to attend the event.  None of us were prepared for the influx over last year’s roughly 50 participants.  By Monday the week prior to the event, over 125 people had RSVP’d to attend the event.
On Saturday, I arrived, and the influx of people started to pour in, more and more, and by 10:30am, the time for the latch, over 300 people had arrived in the park. It was absolutely amazing to see so many breastfeeding (and babywearing) moms together, along with supportive dads, grandparents, community leaders, and more.
There was even facepainting (done by local doula Mandi Hill of Loving Birth Services) and a mommy and me yoga class that happened during the event as well. 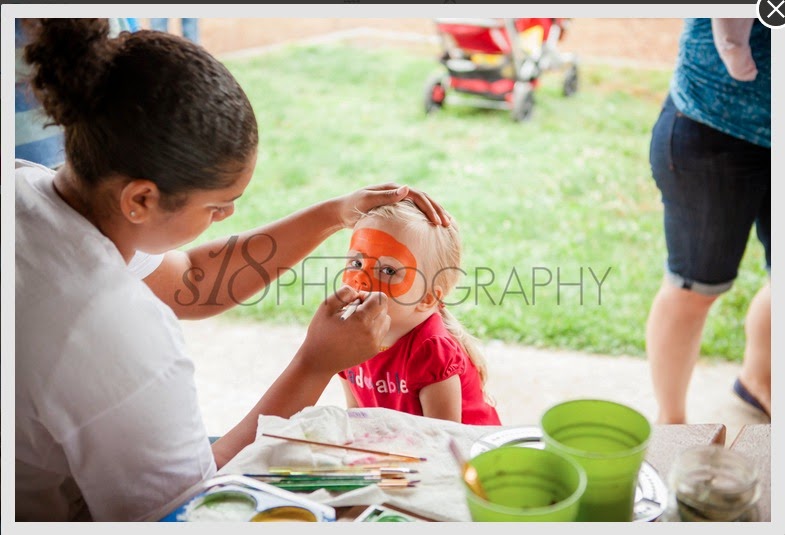 Personally, I had so much fun.  Even though I was volunteering, I was able to participate in the Big Latch On, meet up with old friends and make new ones, and just had a blast.  There’s something magically about being completely comfortable in your surrounds around hundreds of other people. 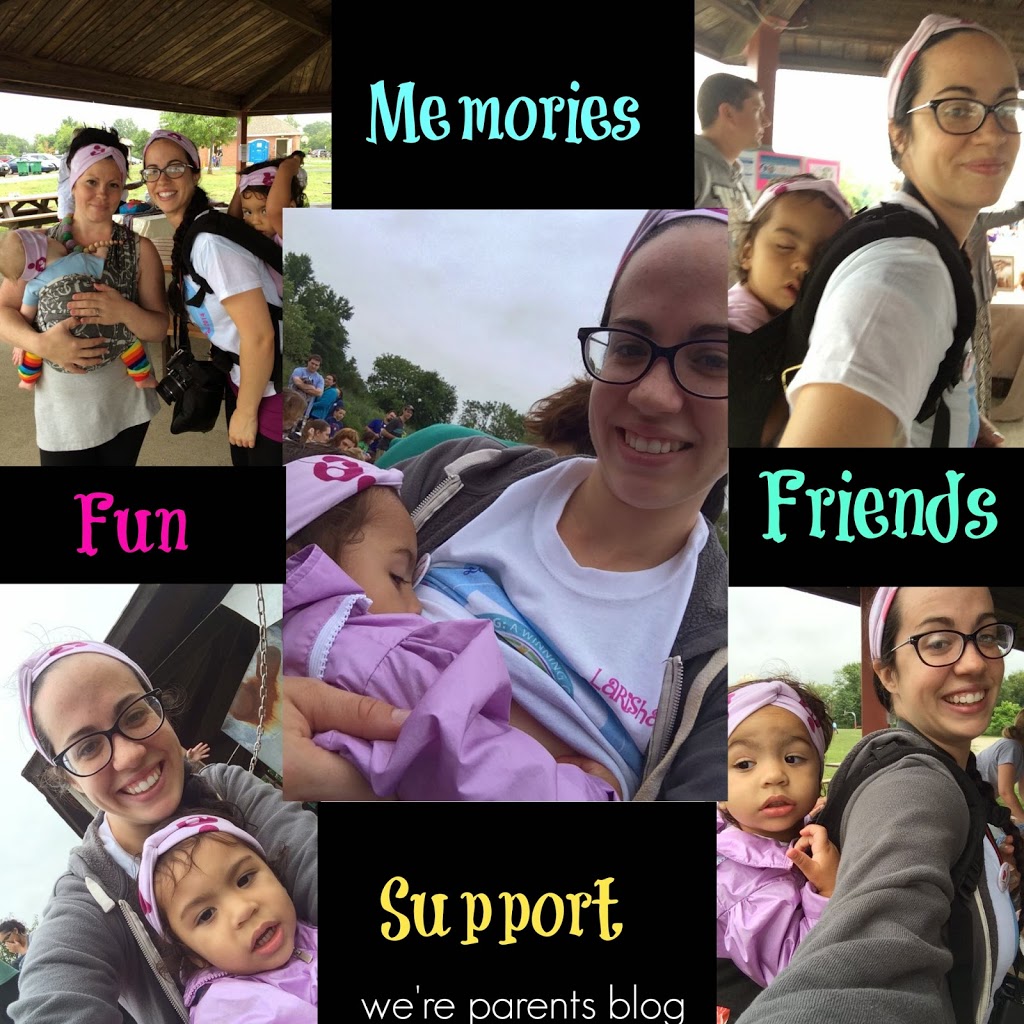 The Big Latch On went off without a hitch.  Everyone started preparing 10 minutes prior to the “latch”, organizers made sure everyone had a slip to get counted that they them know the rules to being counted and we just bonded.  Of course I freaked out a bit because Serenity was just not having it at first.  She wanted to run around.  Here I was, trying to be counted for a breastfeeding record, and the kid who wants to be latched 24/7, didn’t want anything to do with “MoMo”.  Luckily, she ended up cooperating and we were counted! 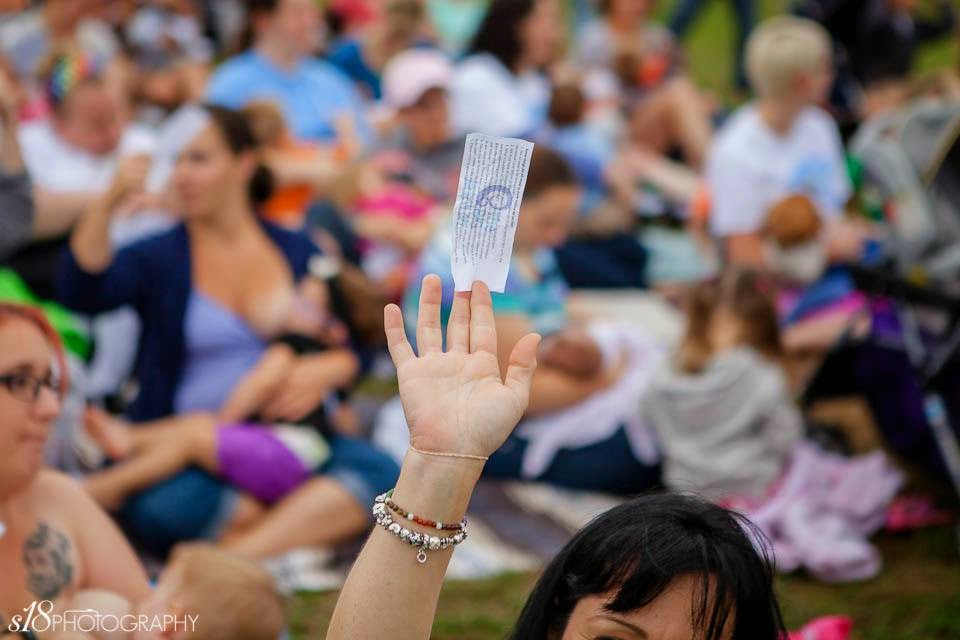 It was such a special time for me, and I know many other moms would agree. 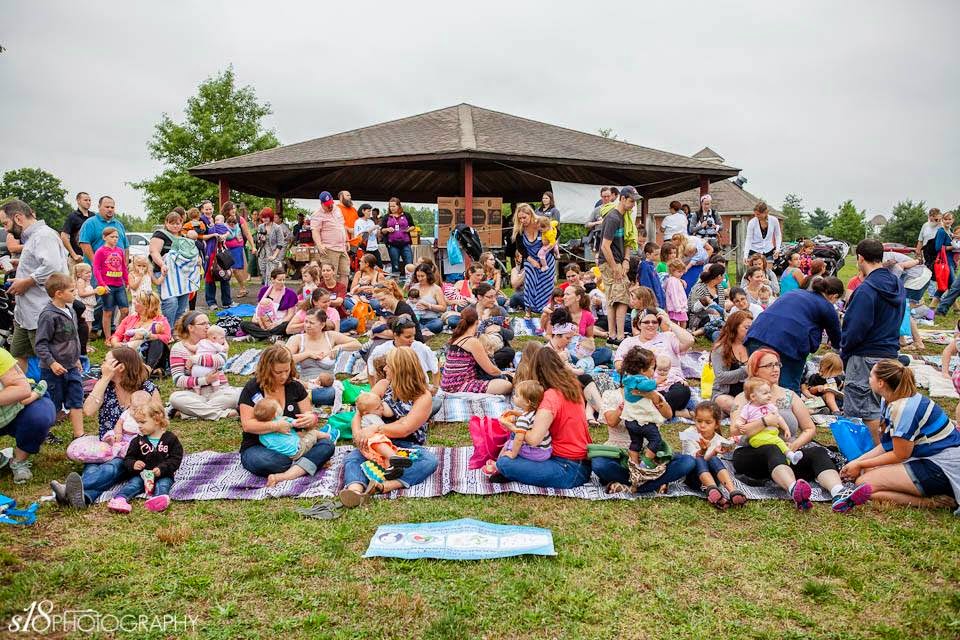 There were well over 100 various prizes that were donated to the event to help offset the costs of the event (like renting the park, signs, and bags for the swag. I loved seeing all the brochures in the bags with coupons and goodies! 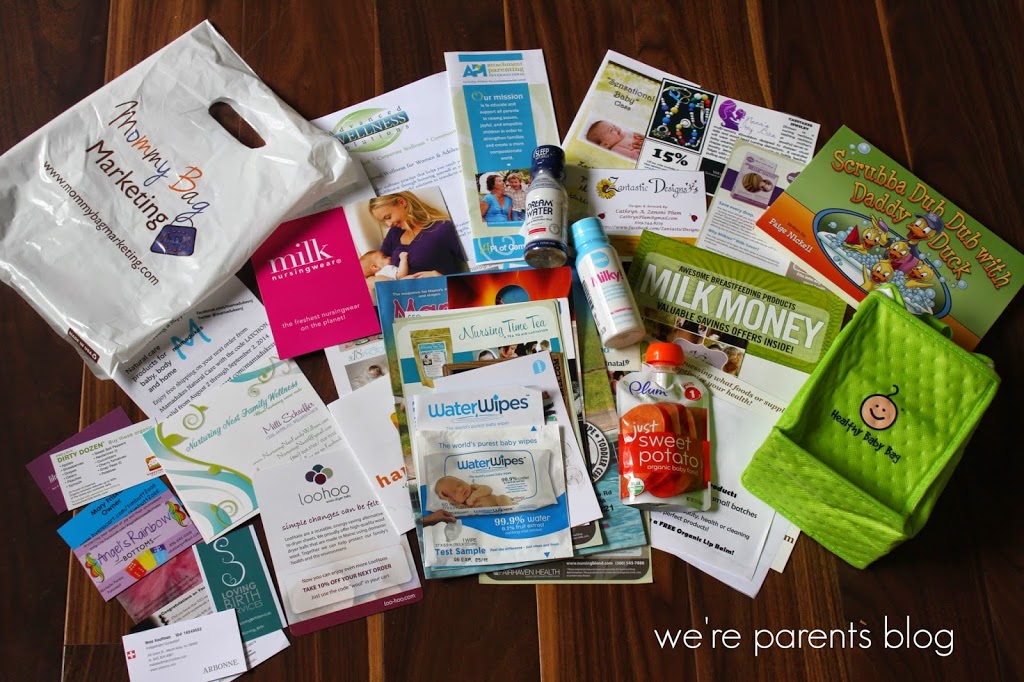 In the end , so many moms walked away with prizes from so many companies.  We are happy to highlight the winners here that won items directly from our sponsors of our site!  They were all so excited! 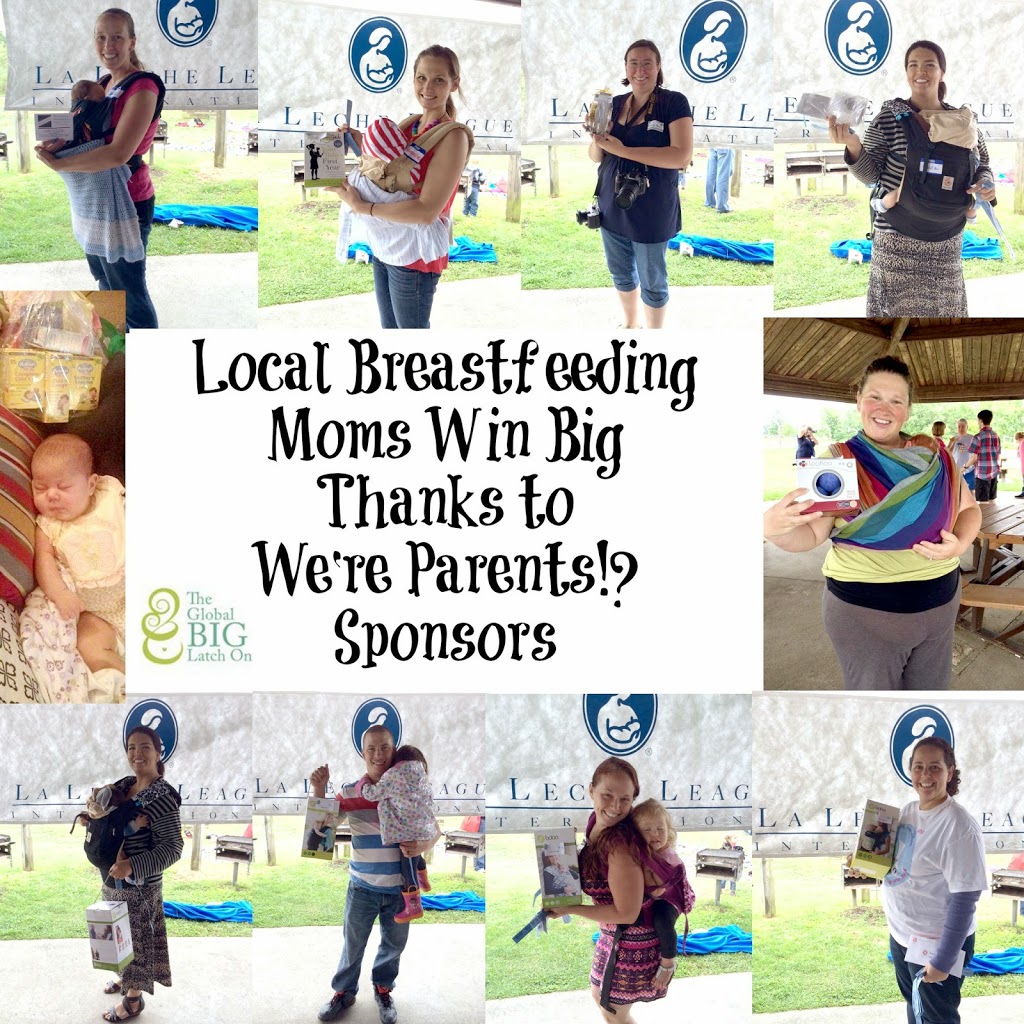 Finally, before leaving, all the volunteers got together to help.  An amazing group of people that the event couldn’t have happened without them! (And yes, I’m holding Skibbles feet because she was kicking people….life with a toddler). 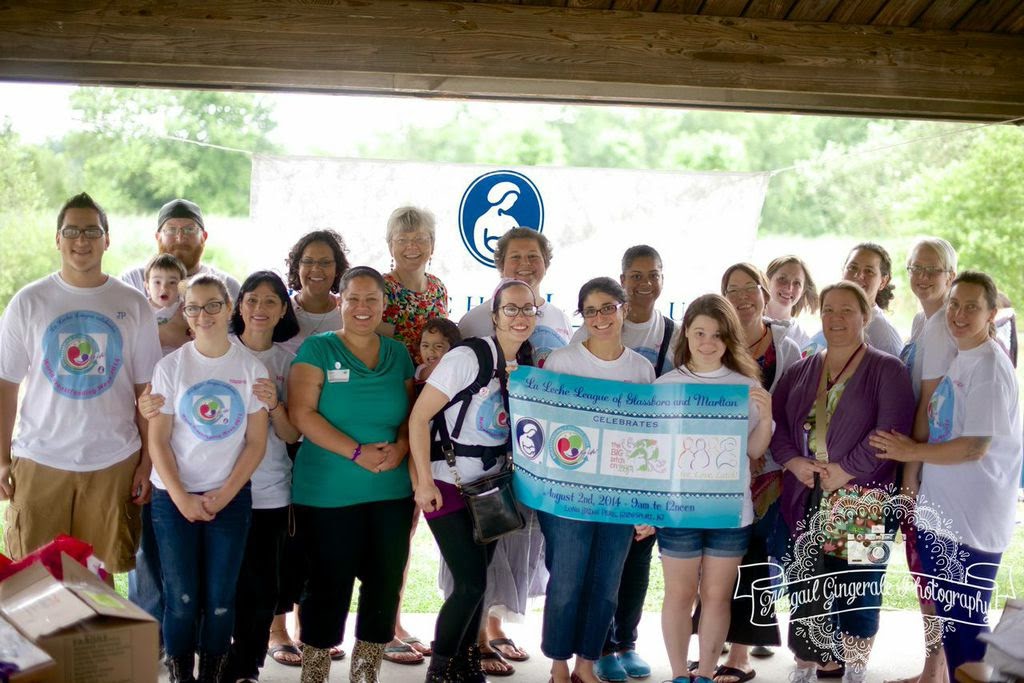 It was an absolutely amazing time. and I hope that the other moms had just as much fun as we did.  I know, I for one, cannot wait until next year’s event!

Where you here?  Let me know your favorite part of the day?
Not local?  Tell me about your Big Latch On event!