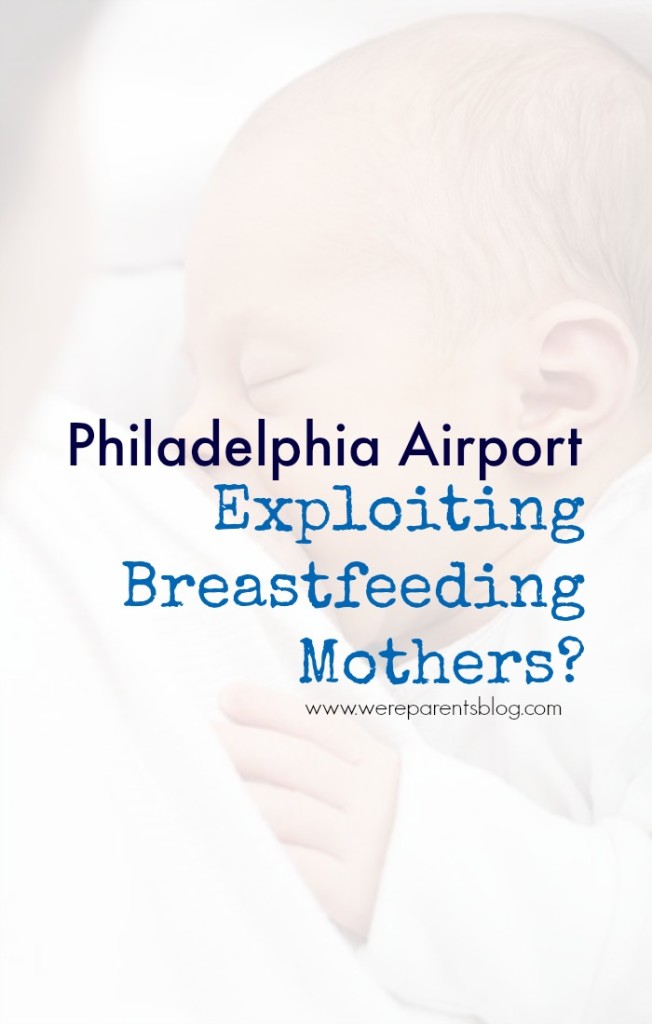 Just this week LaGuardia and Newark airport announced in partnership with Seventh Generation that they would be installing Mamava lactation pods in both airports.  These freestanding pods provide a place for breastfeeding mothers to nurse or pump in private and feature bench seating, outlets, a fold-down table and power supply for pumping, as well as space for luggage or a stroller. All of the pods are provided free of charge.

This week also came an announcement that Philadelphia International Airport would offer breastfeeding rooms.  For the rooms, they will be partnering with Minute Suites, a micro-hotel with 13 rooms inside airport security. The rooms are 7×8 feet, include a daybed sofa, TV, work station, sound suppression system, temperature controls, and free internet (no bathrooms inside).

As while yes, this may be a step in the right direction, it’s hard to ignore some facts. Over 55% of mothers with a child under one are working moms. It is guaranteed that many of them will have to travel for work.  And while most employers must provide a private lactation area that is not a bathroom, public places are not always so accommodating. According to a recent study, only 8 airports (out of 100 surveyed in the US) actually meet the private standards for a breastfeeding area, even though 62% of those airports say they are breastfeeding friendly.  Many public places have began to have designated nursing rooms for breastfeeding mothers, but it seems that Philadelphia International Airport still has a long ways to go to understanding and accommodating traveling breastfeeding mothers.

**We reached out to Philadelphia Airport for comment on this post, but at time of publication had not received a response.

Breastfeeding…How Long Should You Do It?