You are here: Home / Home / Plans Free Vacation Was The Best Thing Ever

Plans Free Vacation was the best thing ever that we have done while traveling. We recommend that anyone traveling soon try a no plans vacation for themselves. 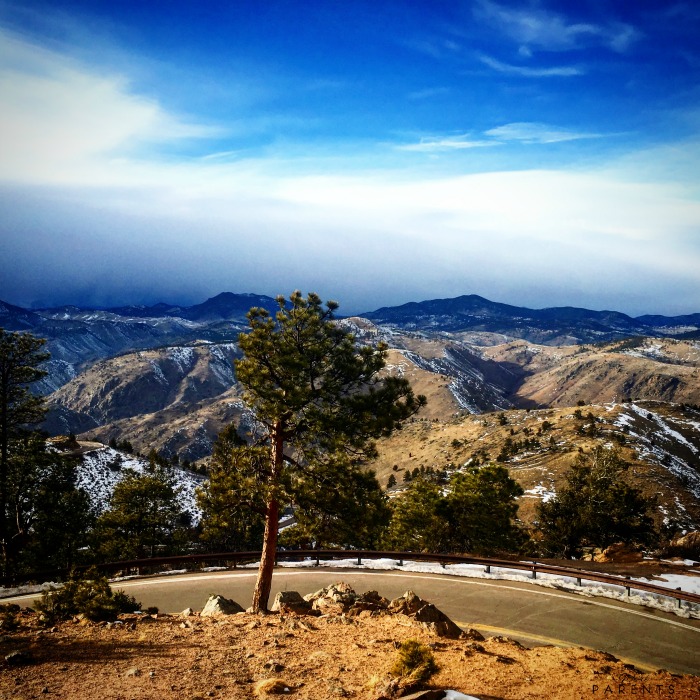 Disclosure: This post is sponsored by Hyundai.  Thoughts and opinions are 100% our own.

Almost a year ago, Andrew said that he wanted to take a trip to Colorado during the next snow season. He picked up snowboarding 3 years ago and it’s become one of his favorite hobbies. He asked that we start putting money aside for the trip as we could. In September, the trip looked like it could become a reality. Not only was he going, but we were going to take the entire family.

Early last year, we had decided on Our Quest for 50. A family bucket list to visit all 50 states in the United States before our girls turn 18. We were so excited to add this trip West, because it wasn’t even a consideration a few months prior. Andrew, I, and our oldest have been to California once and we loved flying over the Rockies. We were thrilled we were going to be able to experience it up close.

Bam. It was January. After booking flights in September, the holiday season came in roaring and ate away all my time. Before I knew it, we were traveling in less than 4 weeks and I hadn’t planned one thing. If you know me, this is a big deal. I typically have multiple notes in my phone, dozens of travel-related tabs open in my phone and laptop browser, and at least one, if not multiple, spreadsheets set up. NOTHING was planned.

Then, 3 weeks.
Then, 2 weeks.
Next thing I knew, we were 3 days out from our trip and literally the only thing planned was the hotel we were staying at, the flights and rental car, and that Andrew would be snowboarding 4 of the days we were out there and we would all be joining him for one day. Truth be told, I even switched the hotel within 9 days of us traveling. It was a mess.  My anxiety was creeping in and I was getting nervous.

I took a deep breathe and told myself to go in with no expectations.

Could I really do that?  We don’t take a lot of trips yet, so when we go I always try to pack as much in as we can. Would I be able to enjoy our trip if I have nothing planned and went by the seat of my pants. I told myself that I owed it myself to at least try. And you know what?

A Plans Free Vacation Was The Best Thing Ever 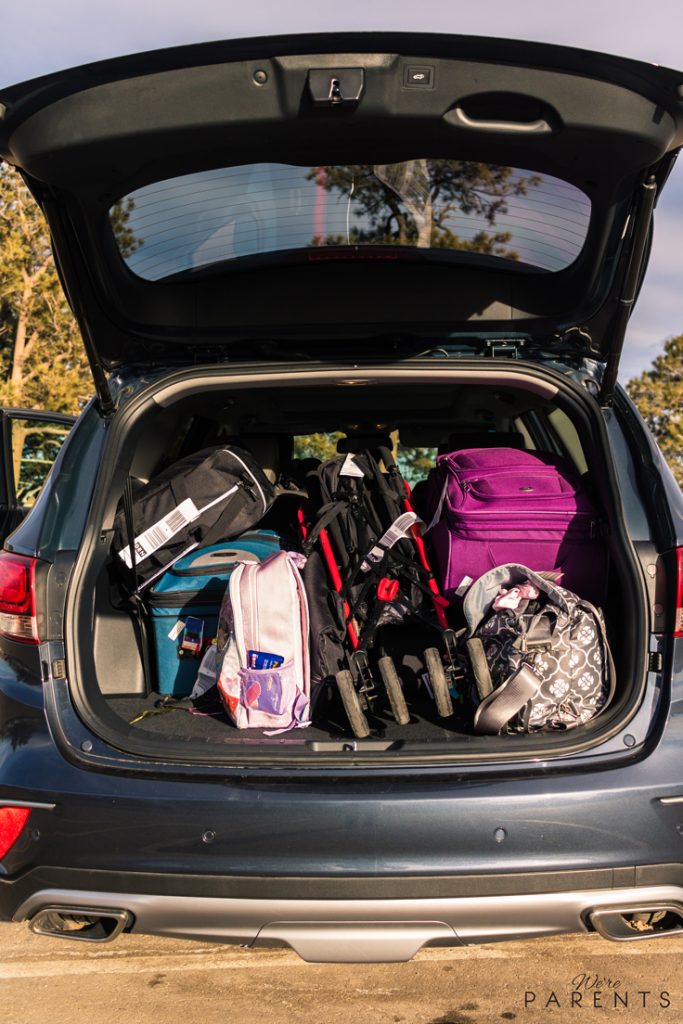 It was one of the best, least stressful trips we’ve ever been on, especially since having kids. Our epic no plans vacation started almost immediately. We loaded up the Hyundai Santa Fe and took off! As we were driving from Denver to Avon we saw a sign for a scenic overlook. We decided to take the exit and go see it.  What we originally thought was going to be a quick detour ended up leading us over 30 minutes down the road in the opposite direction of our hotel. 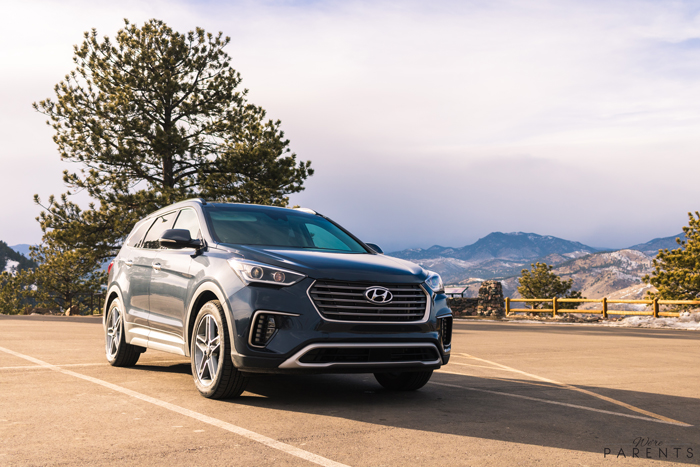 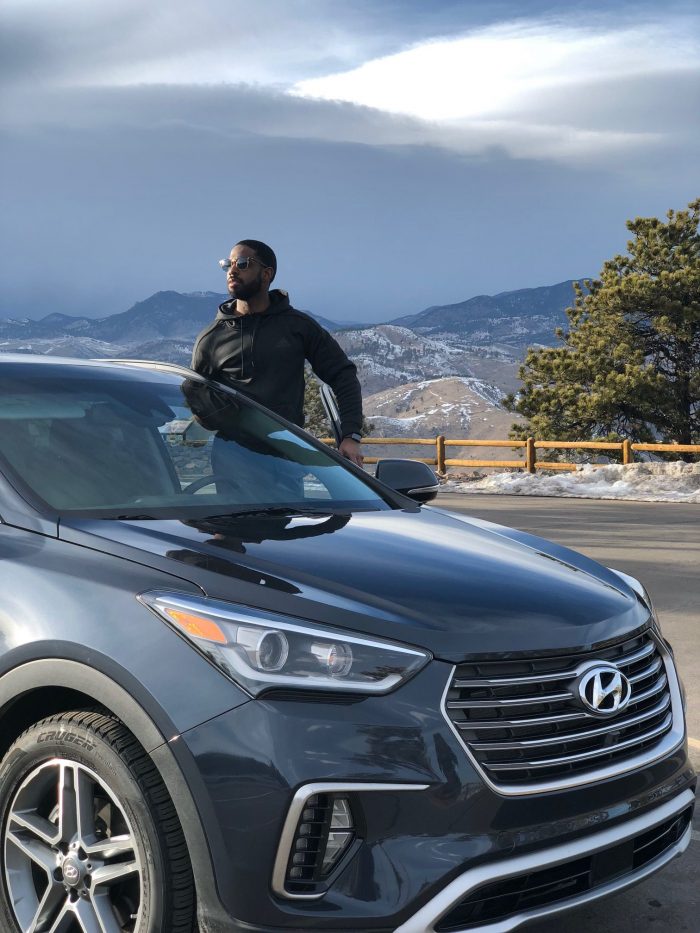 The end result was worth every minute. The views were amazing. The experience was incredible and we were only just beginning. We winded up at Buffalo Bill’s grave, so it turned into an educational experience at the same time. Then, we headed on our way towards the hotel again.  I knew after that moment, that this plans free vacation was going to the best. 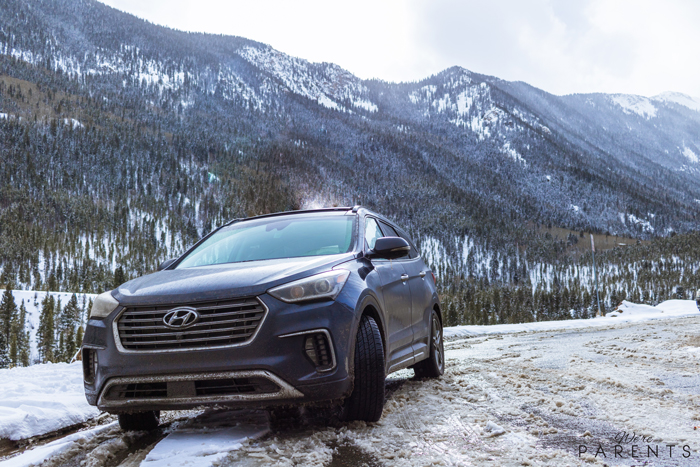 All four of us were equally amazed at the wonders of the world around us.  The snow covered mountains on one side. The rocky terrain on the other. It was a marvel to look at and excited was around each and every corner.  Every turn seemingly becoming more magnificent to wander at than the last. 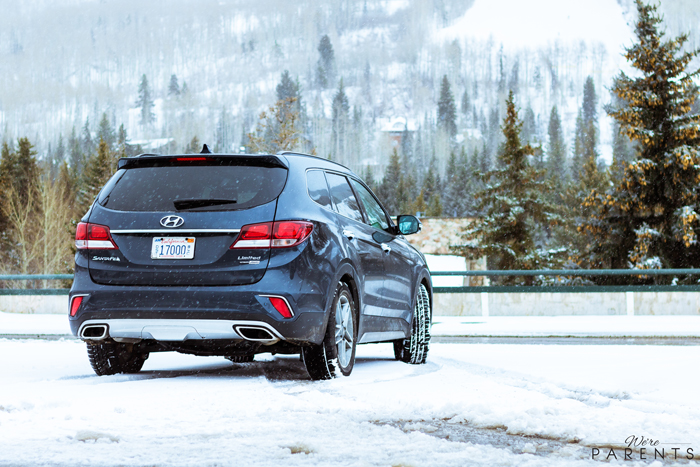 The sunsets equally as stunning at the daytime. And at night, the world around us lit up like Christmastime. 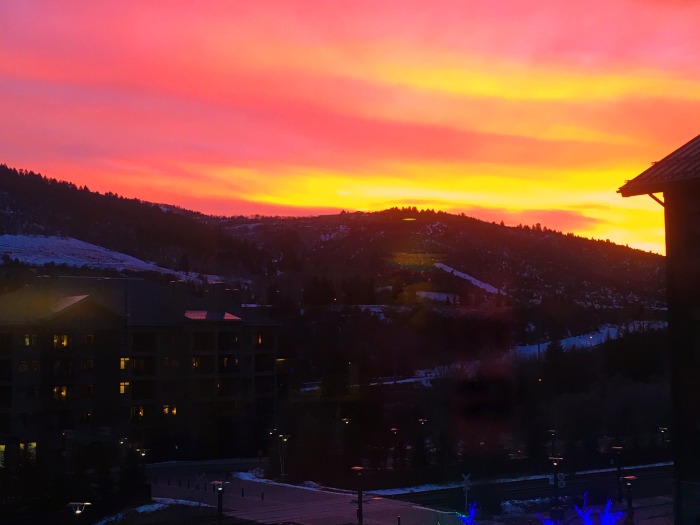 One of the coolest things we did was hop in the car with no expectations and allow the Hyundai Santa Fe to explore this new area for us.  The navigation has a built in Google search feature that allows you to type in pretty much anything and find matches locally for you. On one particular night, we decided to hop in the car and find dessert.  We literally typed “dessert” in the navigation and suggestions were given to us. 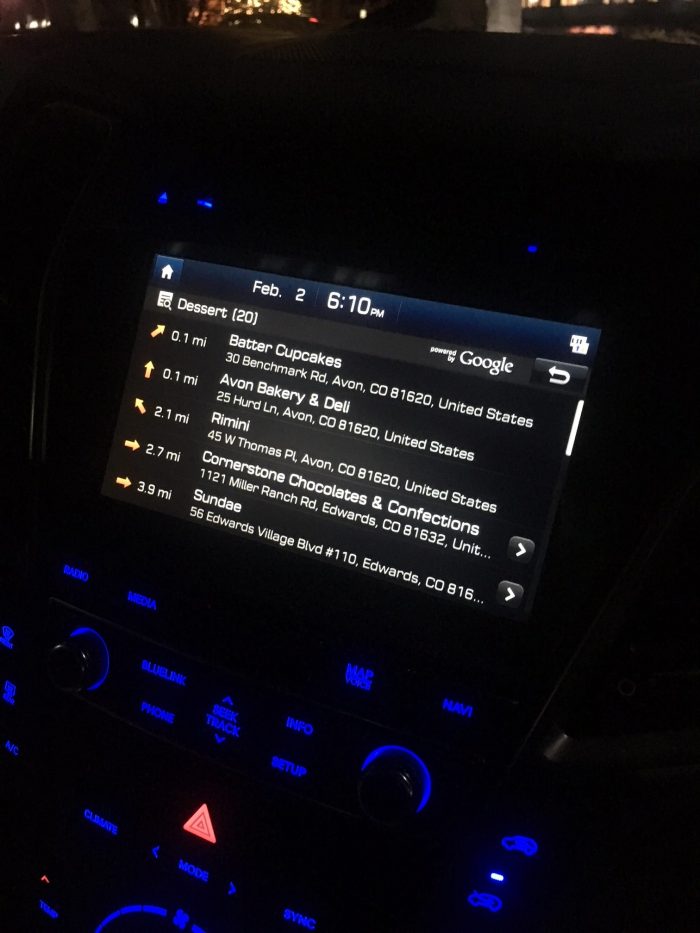 We randomly picked a place a few miles away called Sundae in Edwards, Colorado and it was incredible. 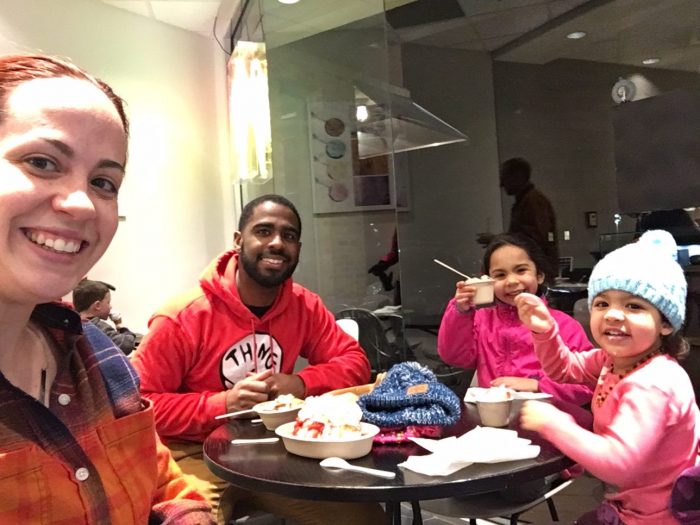 Other things found on our no plans trip:

The cutest towns.  We stayed in Avon, Colorado. We traveled to Vail, Edwards, Frisco, and Idaho Springs, Colorado also.  Every time we were just smitten with the cutest little towns set up. Especially Idaho Springs, the home of the gold mine rush where some parts you still feel like you are back during that time period. 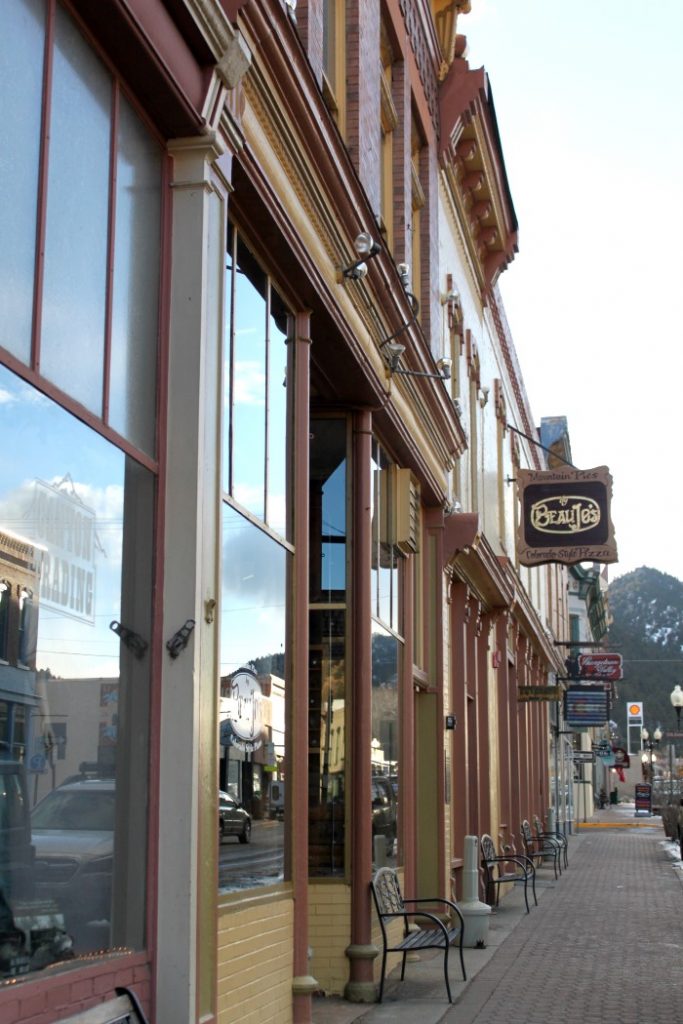 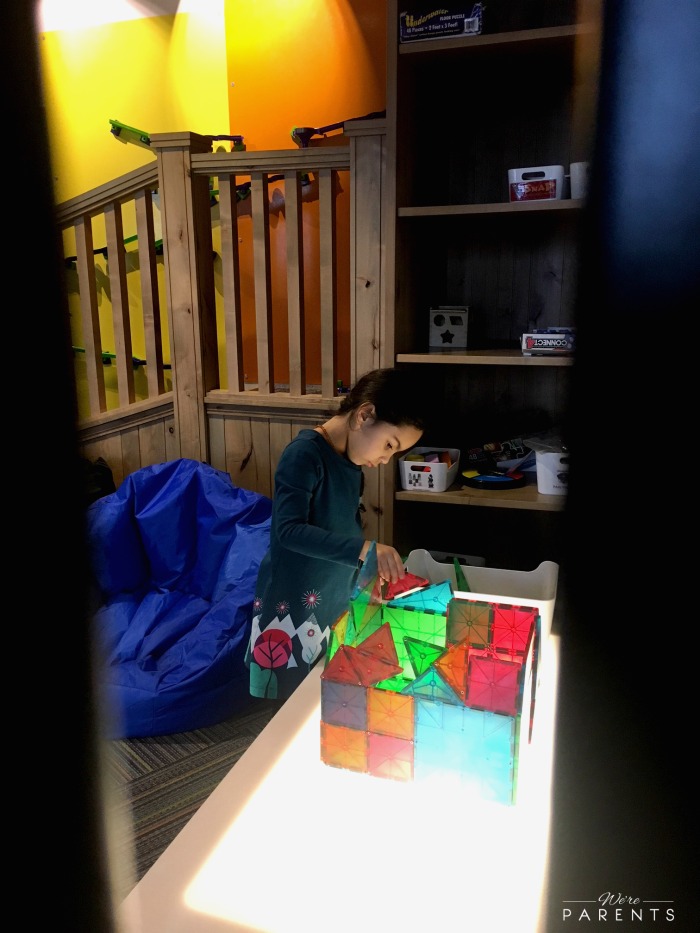 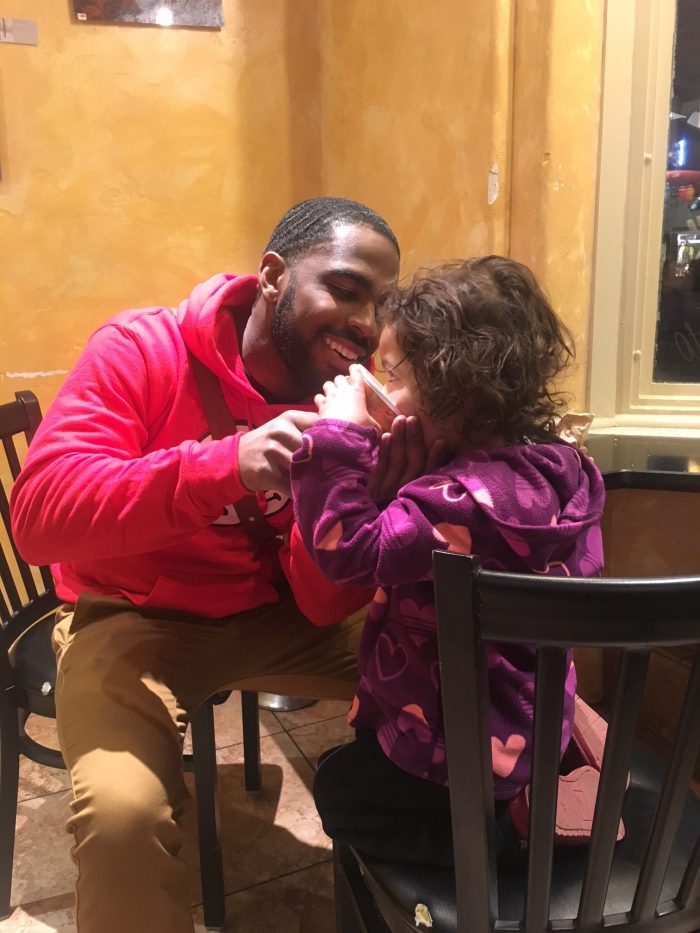 The most delicious pizza! It’s a honey crust and they give you honey to drizzle on the crust. Beau Jo’s, Idaho Springs. 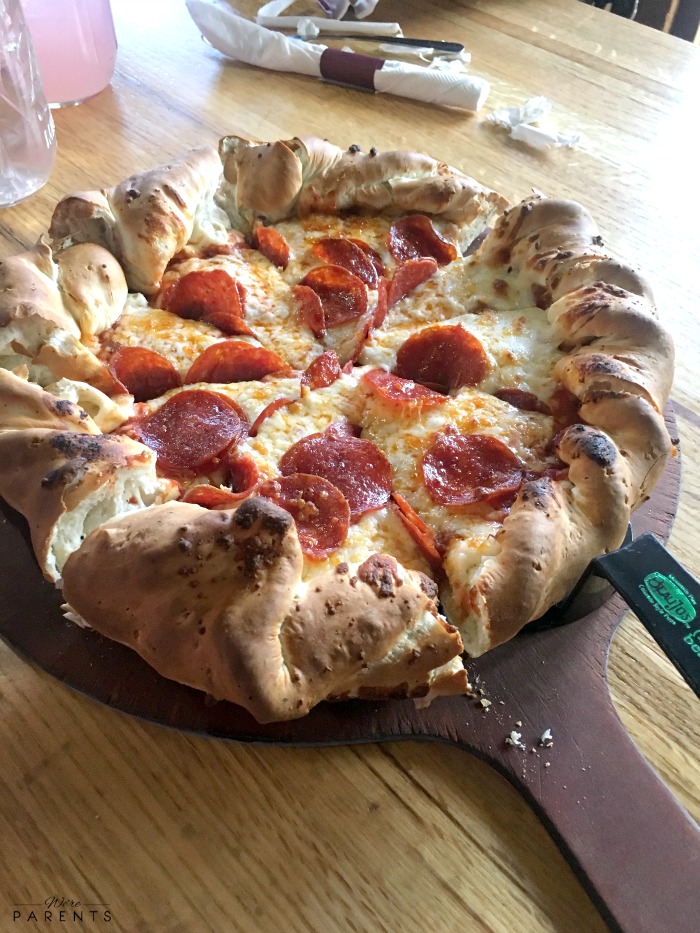 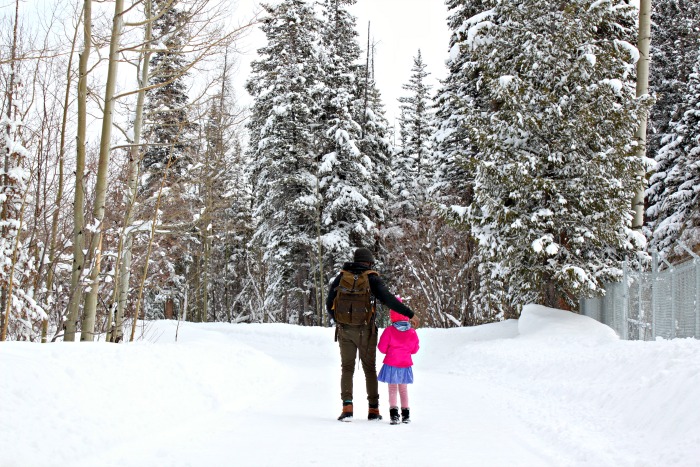 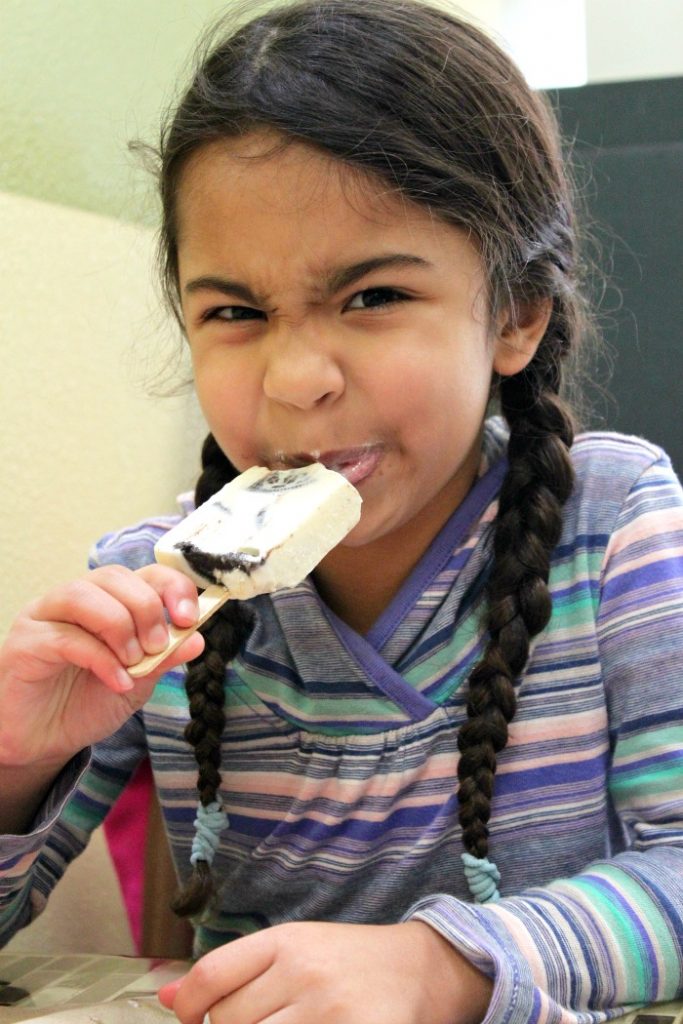 Of course, we went snowboarding while we were there.  While this was the one thing we did know going into the trip we would do, even this wasn’t fully planned out until the day before. It was such an incredible time. We can’t wait to do this type of trip again! 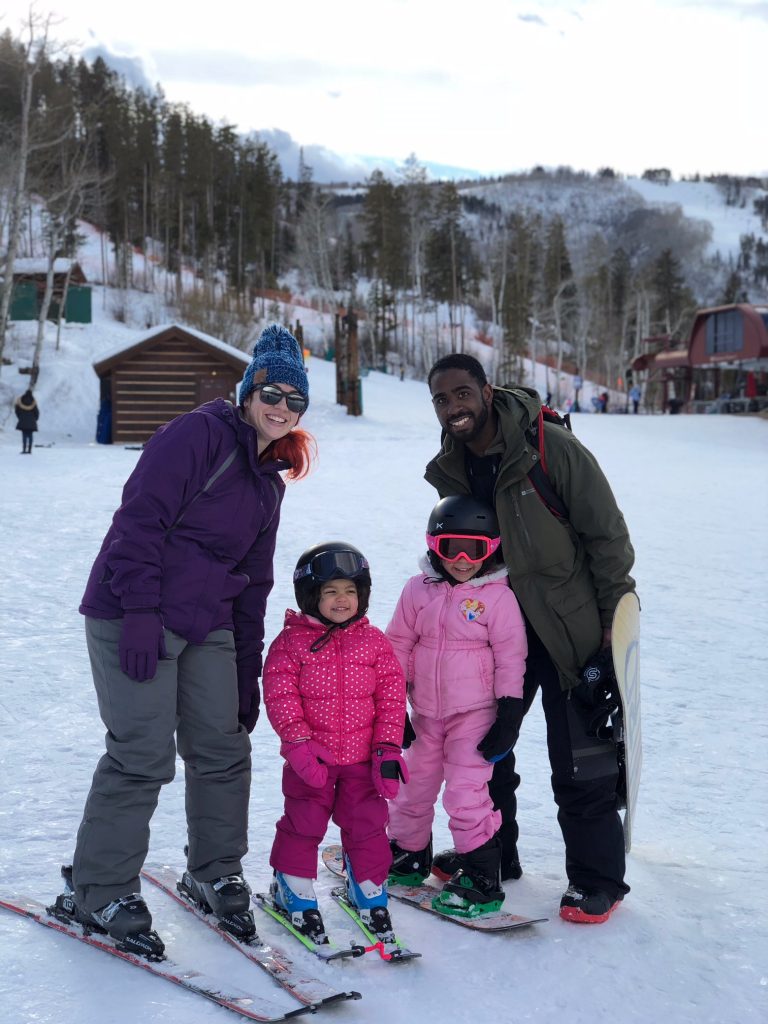 The entire time, we were powered by the 2018 Hyundai Santa Fe Limited AWD. The heated seats and steering wheel definitely came in handy for the cold temperatures.  Even though we are from New Jersey, it was still colder than it has been here. The Santa Fe features 7 passenger seating options. We easily fit all our luggage with the optional third row down.

Other features we loved about the 2018 Hyundai Santa Fe include: 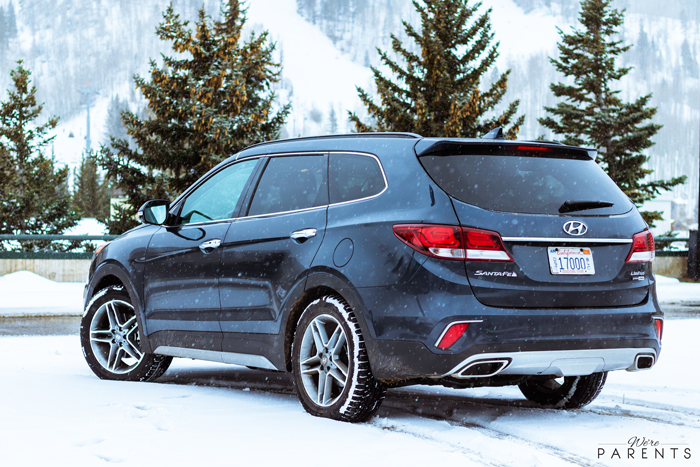