You are here: Home / Dinner / Pork Fajitas
Print Recipe
One of my main problems that I typically encounter when cooking is that packaged meat portion sizes are just too large for 2 people.  I get stuck trying to figure out what to do with all the leftovers. I made a pork tenderloin the other day and between the both of us, we didn’t even eat half of the 3 1/2lb tenderloin.  We don’t eat pork often, and I had never cooked a pork tenderloin before, so what in the world was I going to do with the leftover meat.  Somehow, by the grace of God, an idea popped into my head in make pork fajitas.
I started by shredding about a pound of the leftover tenderloin. 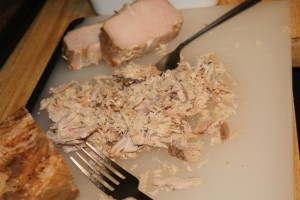 Next I chopped a cup of mixed peppers. 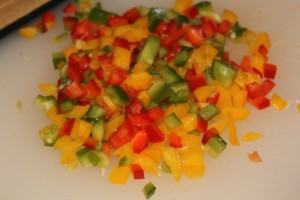 Shred half a block of Cracker Barrel Jalapeno Cheese. 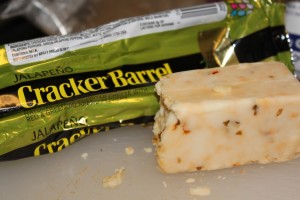 Spray a medium sized skillet with cooking spray on medium high heat and add the shredded pork and peppers. Cook for 10 minutes 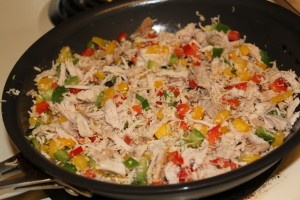 In a separate pan on medium, spray with cooking spray and one by one toast 4 shells. 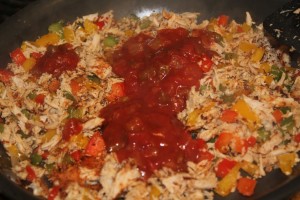 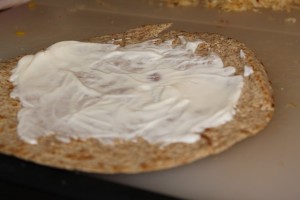 One-fourth of the meat mixture, 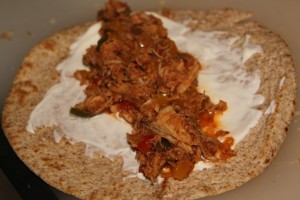 One-fourth of the cheese plus a tablespoon taco blend cheese. 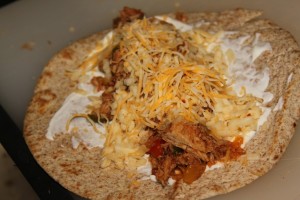 Wrap up and serve! 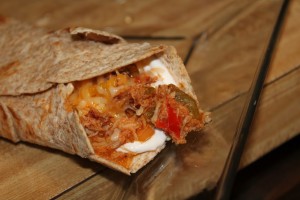 We had Spanish rice w/ours 🙂 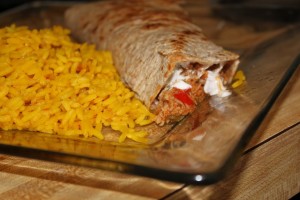 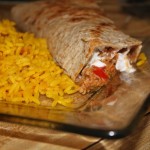