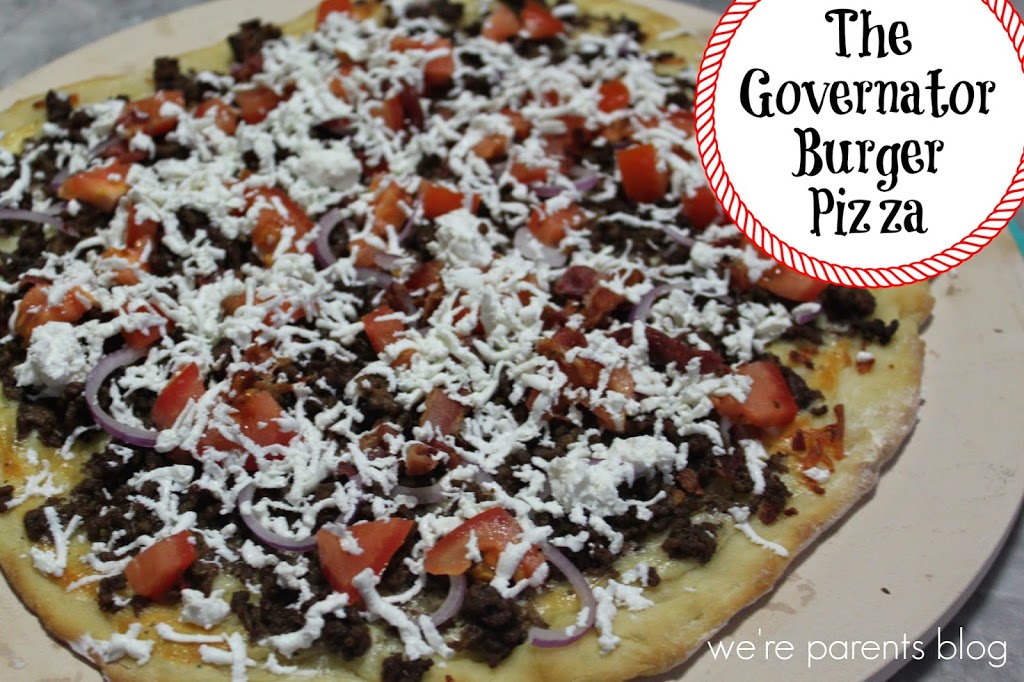 You know those little surveys that go around and say, “If you could only eat one food for the rest of your life, what would it be?” My answer has always been pizza.  I just love it.  Growing up we had Pizza Fridays for school and then I would come home and we would have family pizza Friday and both times I’d gobble it all up.  I literally could eat it all the time.  I just love everything about pizza.  How could it ever get better than that?  Well, I’ll tell you how.

While I’ve always had a love for pizza, my exploration in pizza hasn’t gone very far out of the box.  Yeah, I’ve had BBQ Chicken Pizza and I’ve had Ham & Pineapple, Supreme Pizzas, and a few “classic” other pizzas, but that’s where it’s ended.  I’ve never been one to step outside of box into the “artisan” field of pizzas.  That was, until I received the Revolutionary Pizza Cookbook

by Dimitri Syrkin-Nikolau, who works at Dimo’s Pizza in the Chicago. 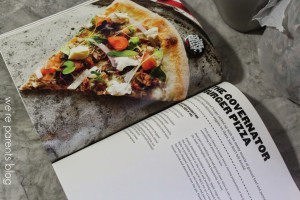 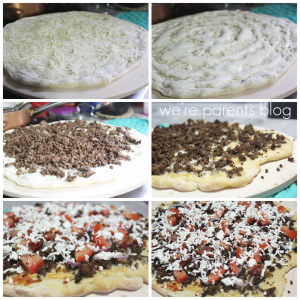 From the pre-chosen list of pizzas, I decided to re-create The Governator Burger Pizza.  It starts with a simple cream sauce and mozzarella cheese and is followed by ground burger, pancetta, tomatoes, raw red onions, goat cheese, and microgreens.  Freeze….did I just say goat cheese?  I’ve never in my life had goat cheese that I know of and I couldn’t believe I was about to try it.  ON MY PIZZA! But I was ready to try it! 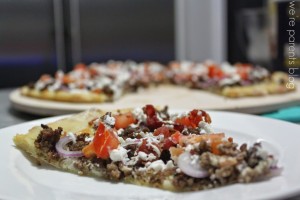 Here’s the recipe as featured in the cookbook:

Directions:
Place goat cheese in freezer before starting preparation of the pizza.  This will make assembling the pizza easier later.

Evenly distribute shredded mozzarella, Apply rings of Simple Cream sauce, starting at the outside closest to the crust and working toward the center.  Distribute ground beef.  Bake in preheated oven at 500 degrees F for 10-12 minutes until crust is golden brown.  Top with chopped tomatoes, red onions, and pancetta.  Remove the goat cheese from the freezer, shred, and distribute over the pie.  Finish with microgreens.  Slice and serve.  Makes one pizza. 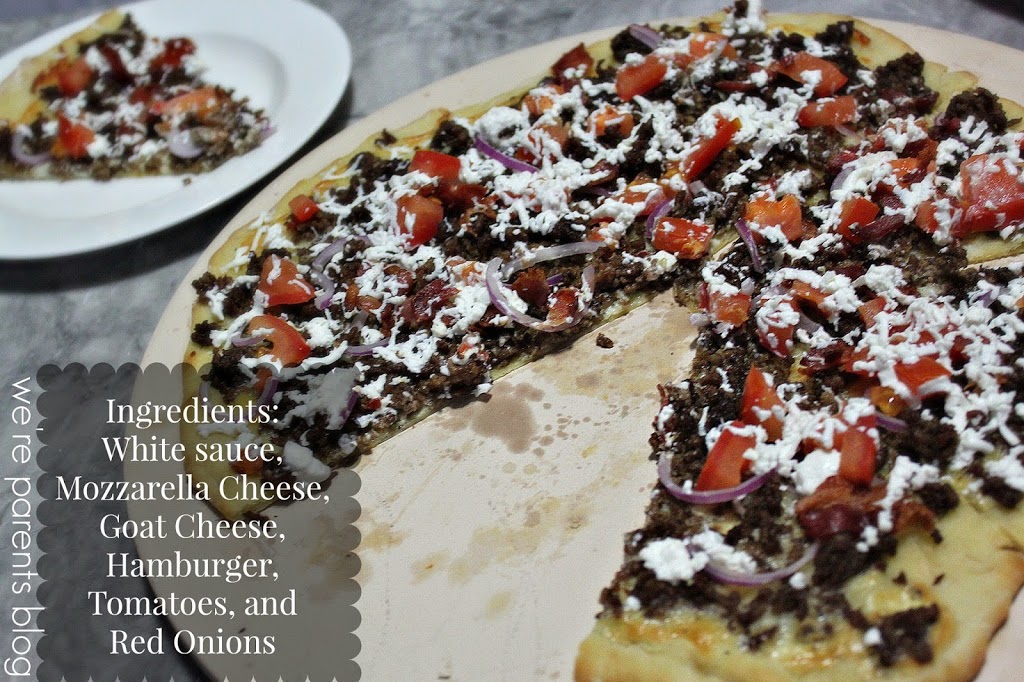 My variation –
I used my pizza dough recipe versus the one in the book.  You can find it HERE.

For the simple sauce, I used 6 oz of plain greek yogurt instead of the sour cream.

For the pizza – I omitted the salt, used bacon instead of pancetta arrotolata, and omitted the microgreens. We always omit salt because of Andrew’s High Blood Pressure, I couldn’t find pancetta at my local store, and I honestly thought I had microgreens at home, only to arrive and they weren’t here.  So unfortunately, they got left off.

The verdict – AMAZING.  That’s all that’s really needed to sum up this pizza.  It was simply incredible.  Skibbles ate an entire piece to herself and Andrew, the pickiest, of picky eaters ate half the pizza.  I was impressed.  I guarantee I will never make pizza the same again.  Okay, maybe if I’m in a big rush, but not when I prepare.  I love this book and can’t wait to try more!

BUY IT:  You can buy the Revolutionary Pizza cookbook directly from Amazon by clicking on the link below.  It retails for $14.90 and is eligible for Prime shipping.