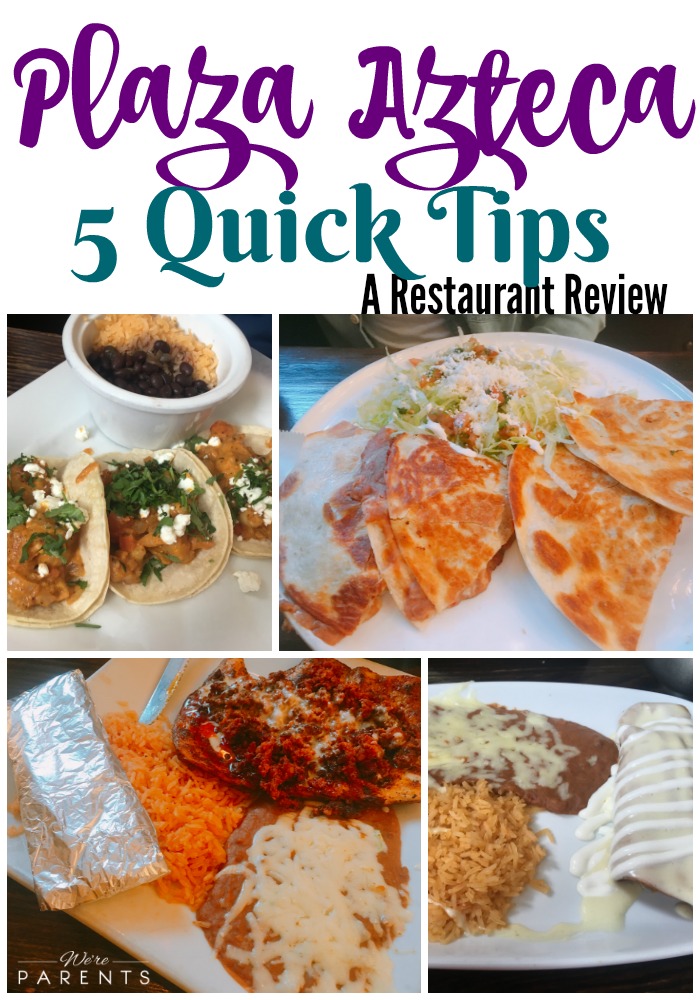 It’s no secret that my ethnic food cuisine of choice is Mexican/Spanish style food. I openly talk about my love of pizza, but if I had to choose just one food to eat the rest of my life, I’m 99% sure it would be tacos. Sometimes Andrew jokes that it’s only my favorite cuisine because growing up in a small town in West Virginia, it was the ONLY ethnic cuisine choice.  When we would go to the local Mexican restaurant growing up (technically, even today), my mom would order a kid’s menu pizza and fries because the food was “too spicy”. Luckily, I had more sense than that.

I was excited when we moved into our house that there were not one, but two quick service style Mexican inspired eateries within 5 minutes of our house. To much my excitement, a few years after moving in, Plaza Azteca, a TexMex inspired chain-style restaurant announced they were opening a location 5 minutes away. 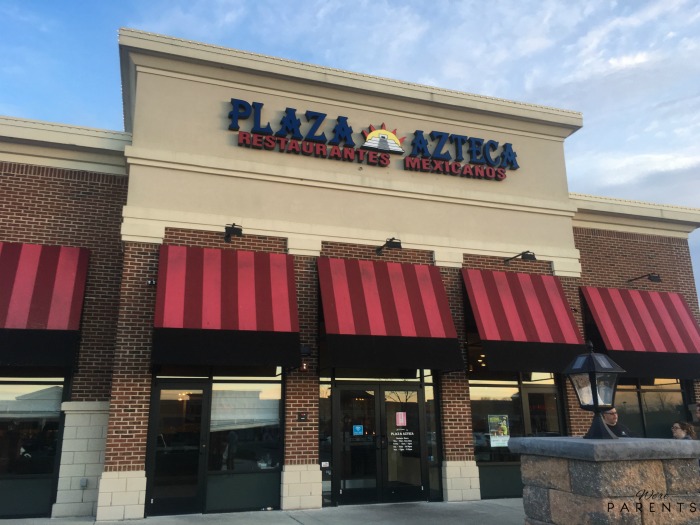 It actually took us awhile after they opened to visit, but after our first visit, we’d knew they would be a favorite of ours for years to come.

5 Tips for Dining at Plaza Azteca 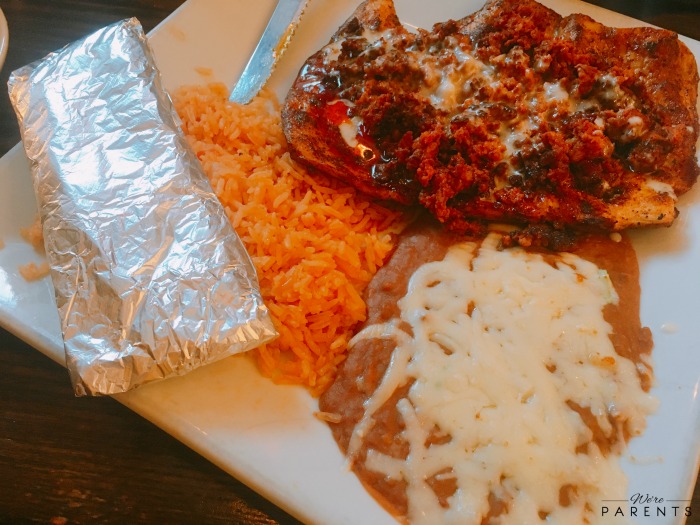 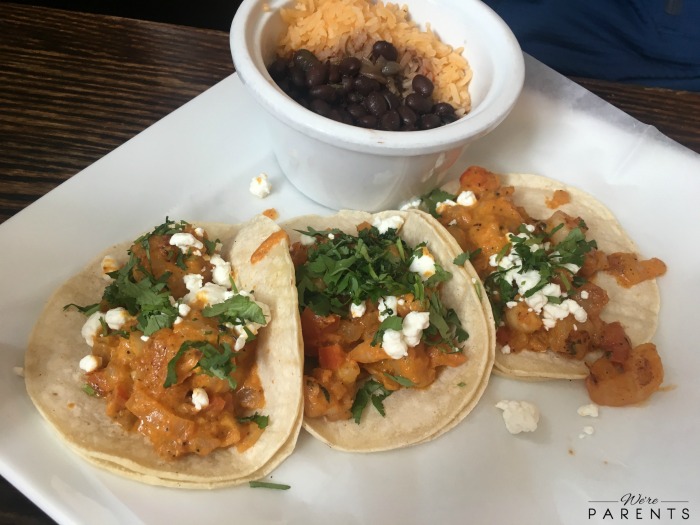 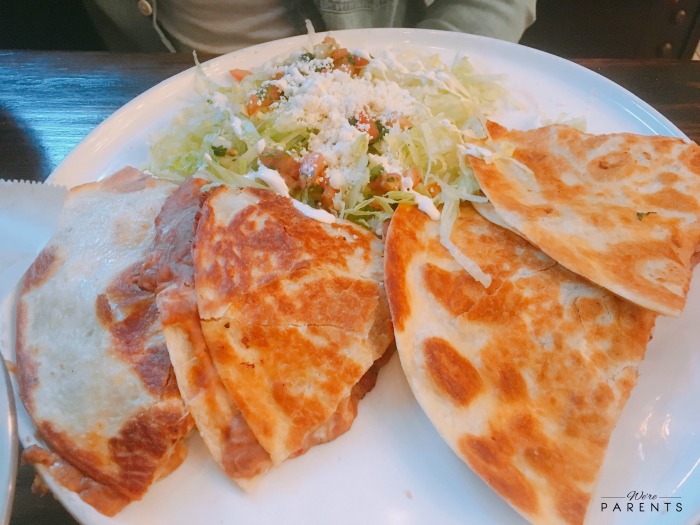 The girls love it, we love it. Plaza Azteca has become one of our favorite restaurant here and we can’t wait to go there again.

In addition to their Sicklerville, NJ location, they have locations in VA, PA, NC, and more. 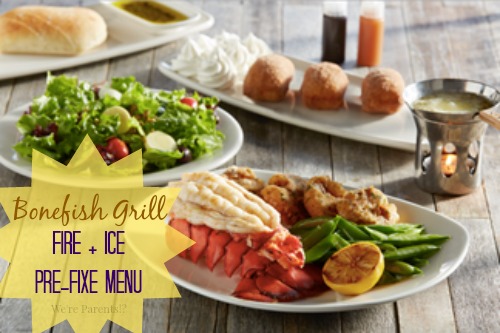 *Disclosure: We received a giftcard to try the new menu to facilitate this post.  Thoughts and opinions are 100% our own.

Bonefish Grill is my favorite restaurant, so when we were recently invited to try their brand new Fire + Ice Pre-Fixe Menu I was ecstatic.  We’ve never had a bad experience, so I knew that we were sure to love the new menu just as much. The great thing about the new Pre-Fixe menu is that it sets you up with three delicious courses – salad, meal, and a dessert – taking the guess work out of deciding for you. The best part is that the menu starts at just $19.90 for all three courses.

Even though it’s not on the new menu, we had to start with the Bang Bang Shrimp.  It’s so amazing and one of the best things about Bonefish Grill. 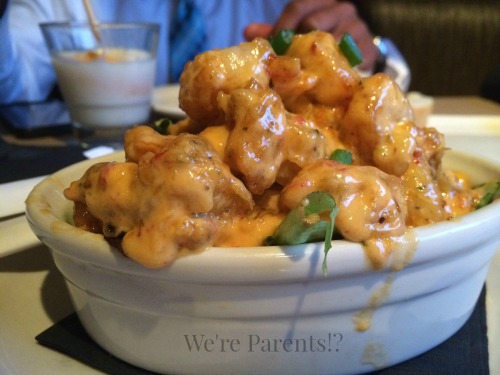 It’s hilarious to watch Skibbles growing up and trying new things.  While this isn’t her first time trying the Bang Bang Shrimp, she must have either been starving, or it finally hit her how amazing it really is, because she literally ate 3/4 of the appetizer by herself.  We loved watching her try to learn to use the chopsticks too. She ended up putting one of them down and just poking the shrimp with one end, but hey – it’s a start to her culinary adventures. 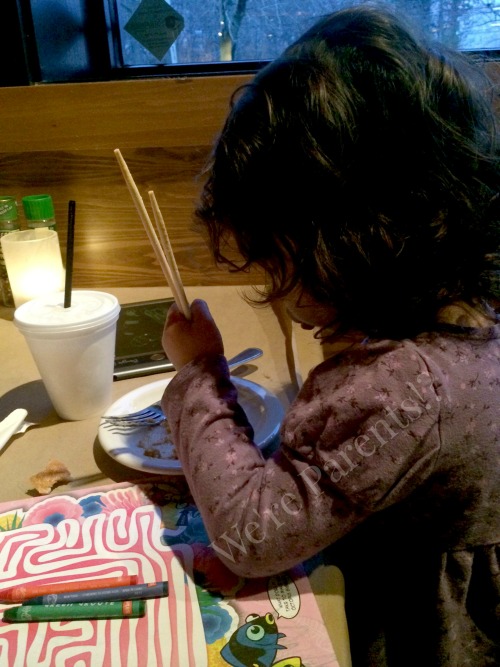 Andrew also started with the Signature Red Sangria that we tried during the last menu update.  It’s a must for him every time we go there now.  Unfortunately for me, I didn’t get to try any or any of the new Fire + Ice drink menu since I’m currently pregnant. I really think the Wild Orchid Hawaiian Martini sounded fabulous.  It was Cruzan Guava rum, pineapple juice, coconut water, with flavors of pear and coconut and garnished with a real floating orchid.  Yum!

For dinner, I went with the Oscar Turbot Pre-fixe dinner.  It’s a turbot fish (a sister fish of the halibut according to our waitress) that is sautéed piccata style, then topped with jumbo lump crab meat and asparagus and served with mushroom ravioli and spring vegetables.  I decided to sub my spring vegetables (spring peas and roasted peppers) for broccoli instead. My fish was cooked to perfect and was light and airy and went perfectly with the crab on top.

Andrew’s went with the new Grilled Arctic Char. This new one doesn’t include the 3 courses, but you are welcome to add the additional courses if you wish.  The Char is a relative of salmon, and Andrew said it tasted even better than salmon with a clean, buttery taste.  It’s seasoned and grilled and served alongside pappardelle pasta and fresh spring vegetables. 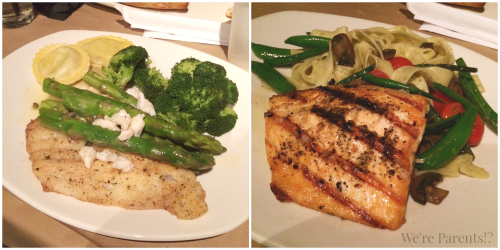 Finally, my pre-fixe menu concluded with the dessert which are brand new DIY doughnuts.  They are a croissant-like doughnut hole tossed in a cinnamon sugar and served alongside fresh whipped cream, sea salt caramel, and chocolate sauce for dipping. If you know me, you know I have a slight obsession with doughnuts, and it takes a lot to impress my doughnut palette.  These doughnut holes were SPOT ON.  They are light and flaky and the dipping sauces were divinely perfect with them.  I would easily ordered an entire plate of these to go. 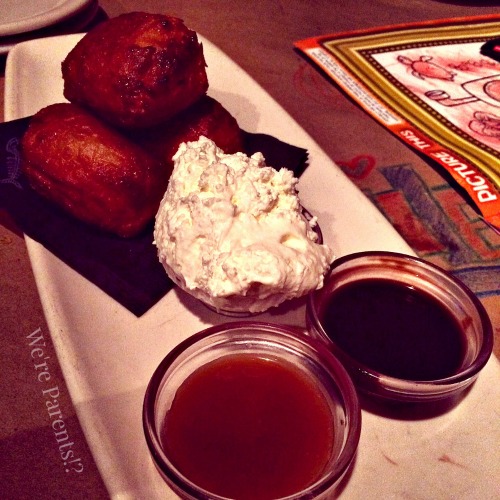 Once again we fell in love with the new additions to Bonefish’s menu and love the ability to have three courses set up for us. Some of the other new additions to the Fire + Ice Pre-Fixe menu are:

Make sure to check out the Bonefish Website so you can view locations and check out the new menu for yourself.  Then book a table so it’s ready for you when you get there.  Follow along on social media at #IcredibleIs so you can see what everyone else is trying too!
Want to be a star the next time you need to give a gift?
Head Over to Amazon and Pick up a $25 or $50 Giftcard 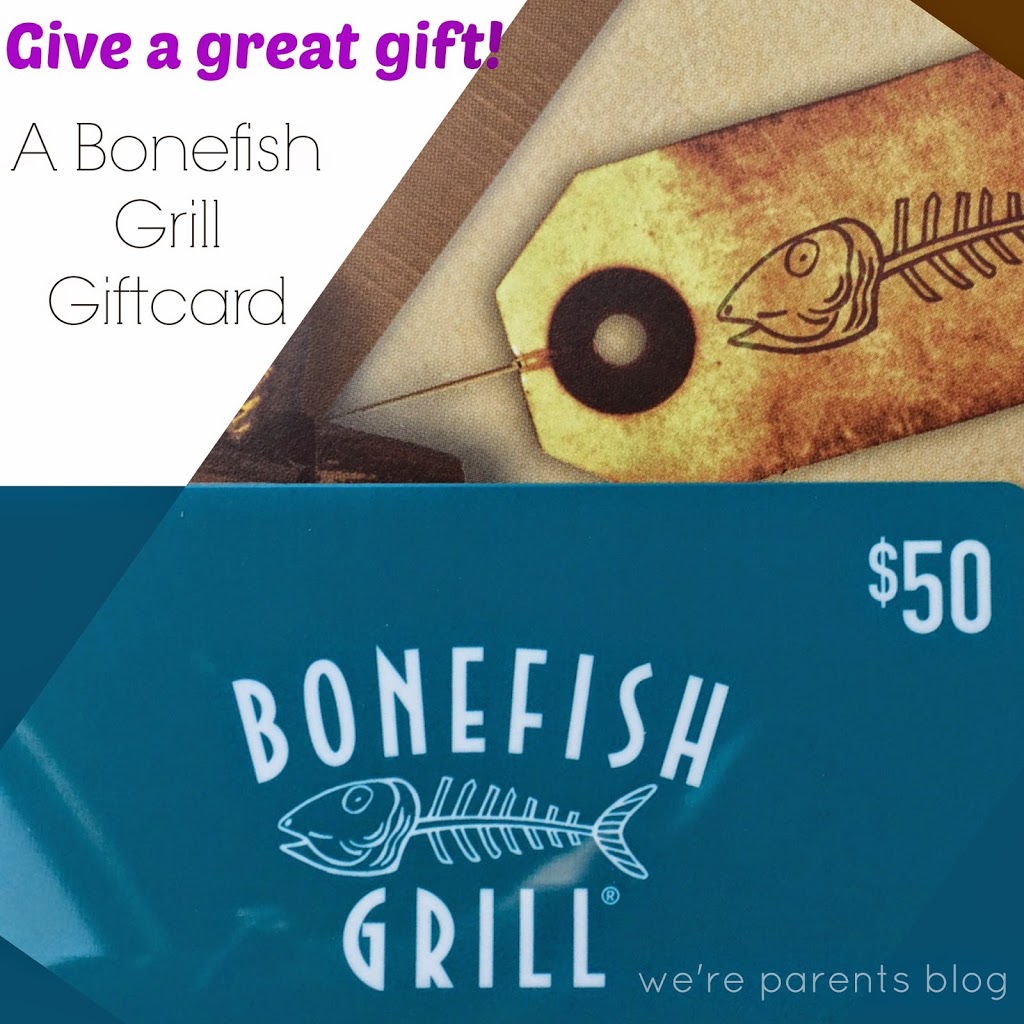