You are here: Home / Home / That Time We Almost Had a Baby in the Parking Lot

It’s incredibly hard to believe that it’s already been a month since we had our second daughter.  While it wasn’t expected that we were going to take so much time away from the blog, after some obstacles, we think it’s finally time that we get back to work and our new normal. Our little girl is growing amazingly and we are so in love with her.  We’ve had some people ask about her birth story so we decided that would be the perfect first post to write once coming back.  We still don’t have a “blog name” for her, so she’ll just be referred to as Beebs for now.

June 11th, 3 days past our due date, and no idea if I was dilated after declining a cervical check on my due date.  I’d been having light contractions on and off for at least 3 weeks prior. After a fun morning of swimming and lunch at a friend’s house, my contractions just seemed different. I sensed it was time, however, didn’t want to get too excited, but text Andrew after about 2 hours to let him know I’d been having consistent contractions. Of course he panicked and asked if I needed him home.

I really knew it was time when I got up from watching TV with Skibbles, our toddler, and felt the need to clean all the things. My contractions were consistent but not strong.  Hindsight…I should have told my mother, who was driving 3.5 hours to watch Skibbles, to leave earlier.

The next few hours seemed to crawl at a snail’s pace. Andrew got home, we ate dinner, and took a walk together, where I had to pause a few times during contractions. Still, I didn’t feel like it was going to happen soon.  I nursed Skibbles to sleep around 8pm and by 9:30, my contractions were every 3 minutes. I called my mom to leave.  Nursing seemed to make them stronger.  I remember coming downstairs and crying, telling Andrew I was sad it’d probably be the last time I ever nursed her alone.  Ahh, the joys of motherhood hormones.

Between 10 and 11pm, I took a shower to help alleviate the pain.  I noticed some bleeding so I called my OB to make sure everything sounded normal.  I also made Andrew go get me Wendy’s.  I got Wendy’s on the way to deliver Skibbles so I decided it should be a tradition. More so, I was hungry, didn’t want to go into the hospital without eating, and I knew it was the closest place open.

Around 11pm, I went to lay in our tub. That’s where things got confusing and ultimately led to Andrew almost delivering our baby alone. I ran a bath with epsom salt and lavender, but once I got in my contractions slowed down from every 2-3 minutes to 5-7 minutes, however they were stronger. I thought my body was taking a break, but really the water was allowing me to relax.  After calling my mom for her driving progress, Andrew and I decided his mom, who lived closer, needed to come.

At 12:45am, I got out of the tub and my contractions instantly got stronger. I called the OB back to tell them we were coming.  Andrew’s mom arrived at 1:15am.  I knew walking to the car we didn’t have much time.  Andrew drove as fast as he could the 20 minutes to the hospital.  Once parked outside of L&D, I got out of the car and was telling Andrew which bags to grab.  At that moment I had to grab the car and felt the urge to push.  I looked at Andrew and remember saying, “We have to hurry.”  I walked as quickly as I could towards the triage doors, which seemed like a 5 mile walk, but was ~500 feet.  We hit the first set of doors and I let out a scream as my water broke right there and my body instantly started pushing as I grabbed Andrew’s shoulders. I looked at the front desk person and (apparently yelled), “help me, the baby’s coming right now”.  Then, everything is a bit fuzzy, and it seemed like 12 people ran out from every direction.  I remember them trying to sit me into a wheelchair and I kept saying, “I can’t, I’m pushing”.  Somehow they got me into that wheelchair and to a bed.  Andrew says he doesn’t think anyone really believed me until they got me on the bed and realized that the baby’s head was already bulging out. I remember pushing twice inside the triage doors and twice on the bed.  And there she was.

While we laugh about it now, Andrew and I both realize if anything would have changed–his mom got there 5 minutes later, I stayed in the tub 5 more minutes, anything….we wouldn’t have made it to those doors and likely would’ve had the baby in the parking lot or on the side of the road.

I did, once again, get the natural, intervention free birth I desired, but looking back, maybe cut this one a little too close!  Andrew sure thinks so! 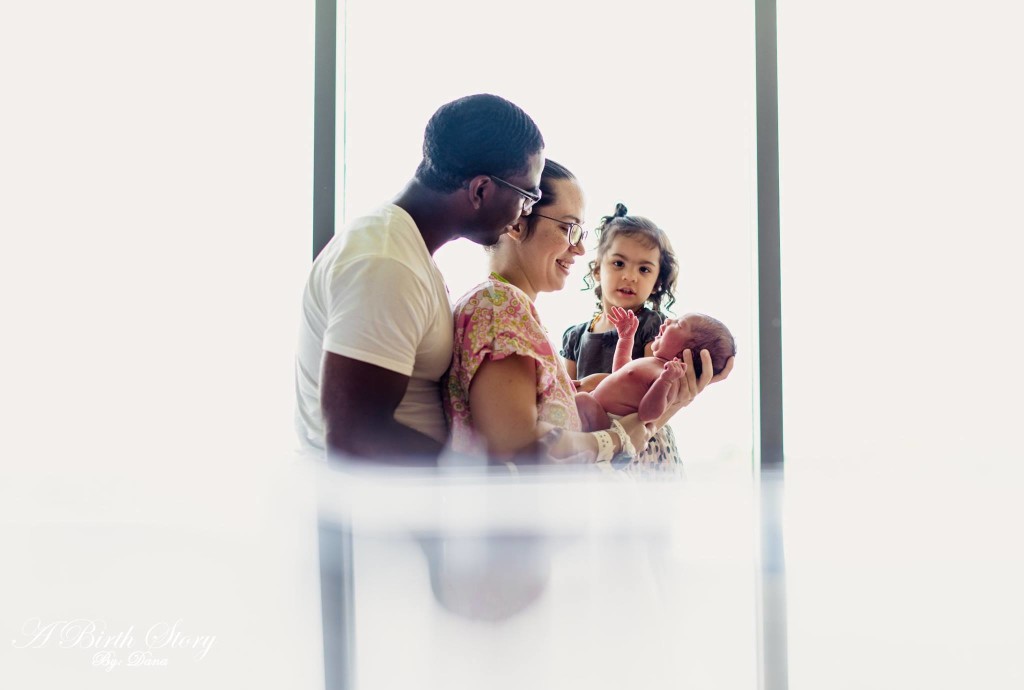 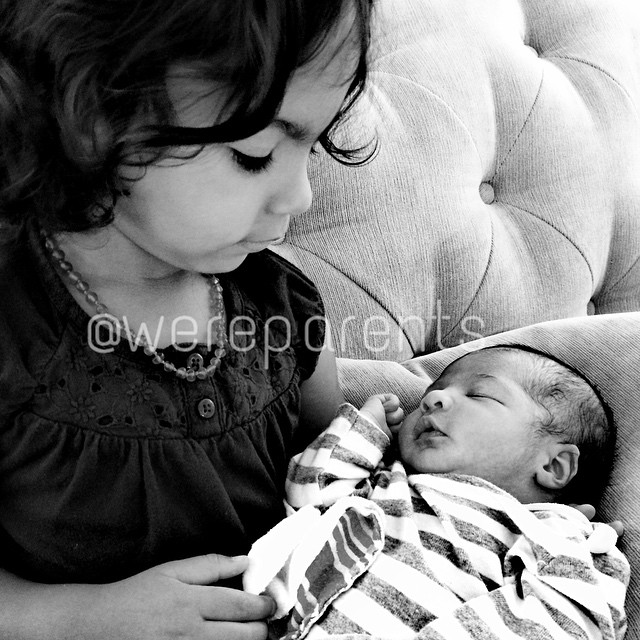 Everything Will Be Okay: Adjusting to Life With A New Baby {Guest Post}

A Baby!? – Our Pregnancy Announcement

5 Goals for Getting My Postpartum Body Back