You are here: Home / Home / The Fresh Princess – Will Smith’s children’s book

Watch out 90s kids! Will Smith is coming for your wallet in a new way! Just announced a new children’s book series – The Fresh Princess. 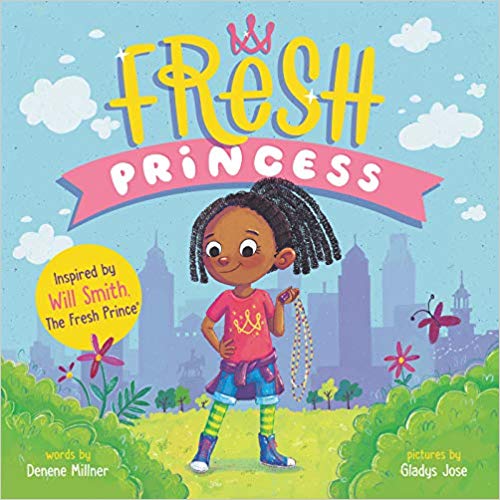 If you grew up in the 90s, The Fresh Prince of Bel-Air likely blasted on your TV daily.  It was one of the most iconic TV shows to ever grace cable network and it still continues to be a hit to this day. Will Smith played the fictional character by the same first name who went to live with his wealthy aunt and uncle on the other side of the country after his mom sends him away from Philadelphia. He’s goofy and often get into trouble, but there’s many life lessons learned throughout the six years that the show aired.

Will Smith has continued to grace us with his genius through music, movies, and more since the show ended and once he started his Instagram channel, millions have tuned into his life lessons and silly antics on there as well. Today, he announced via his Instagram stories that he has been working on a new project and it’s one that millennial parents are going to go crazy over.  It combines our love for the iconic Fresh Price of Bel-Air with our love for our own children today. 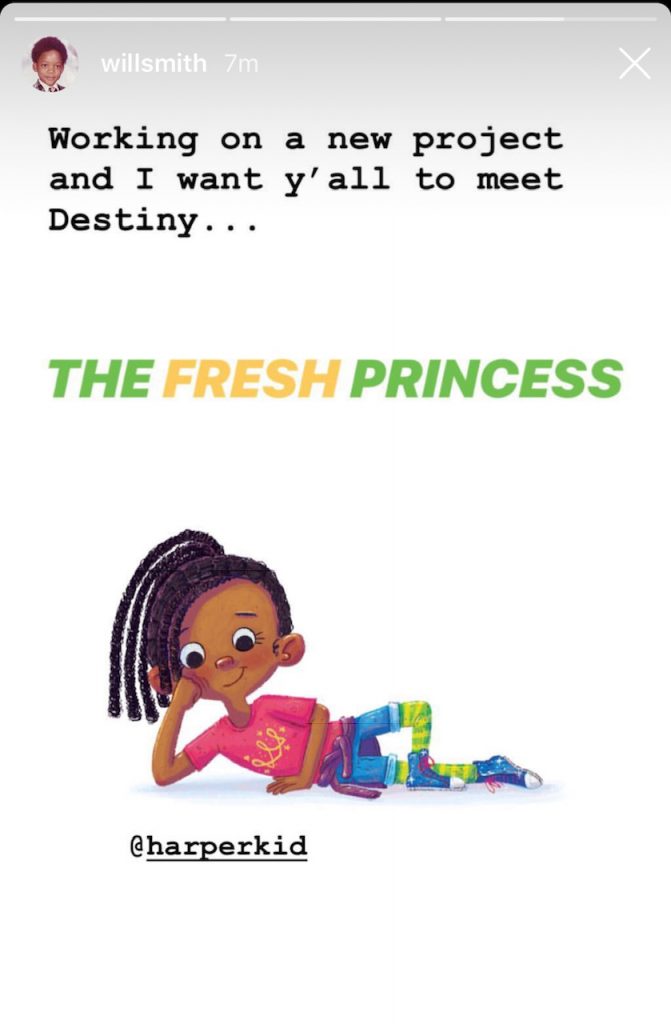 The Fresh Princess is a new children’s book created by Will Smith being author by Denene Millner is being published by HarperCollins Children’s Books. It will be a three-book deal that launches with Fressh Princess. The illustrated with be Gladys Jose.

According to HarperCollins, the book will follow Destiny a strong-willed and energetic girl. She has her own style, but eventually moves to a new neighborhood.  Nothing is the same there. She has new challenges, but always a plan, and always brings the fun. She gets reminders from her loving family about remembering what being the Fresh Princess means. And she jumps in after that! The Fresh Princess is the perfect book to encourage kids to proudly stand out and be themselves!

Now our children can fall in love with this iconic character from our childhood. But it will be all for themselves in a new way!

The book is availabel now for pre-ordered and will be released on 4/2/2019.

If you want to buy The Fresh Princess you can pre-order on Amazon.