The State of Virginia voted on new car seat laws on March 6, 2018. If signed into law by the governor, the law would take effect on July 1, 2019. Virginia’s New Car Seat Laws will be updated to ensure maximum safety for children. 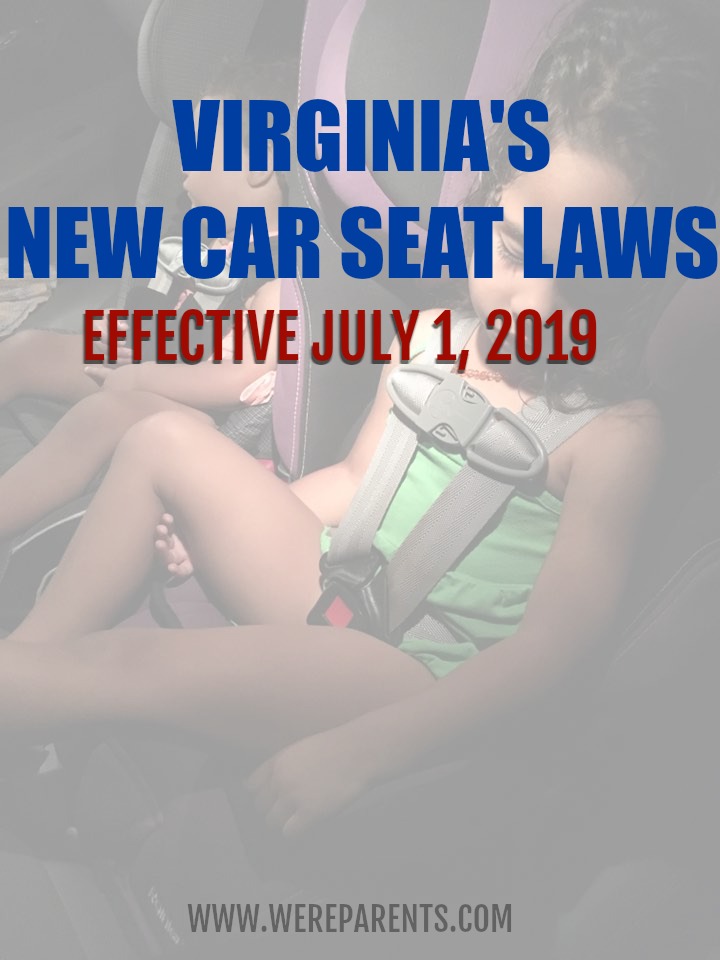 The AAP and other organizations have stated that rear facing is the safest and children should remain rear facing in their car seat until at least age 2. One study shows rearfacing between 12-24 months is 532% safer than forward facing.  Finally, Virginia has passed a law making sure that more children will remain rearfacing until at least two years old. On March 6, 2018, both the House and Senate in Virginia passed bill HB-708. The bill is now headed to Governor Northam’s desk, where he is expected to sign the bill into law. If signed, it will go into effect come July 1, 2019.

The previous law stated that all children under 7 years old must be in a child seat and in a rear seat of the car if available. Children 8-17 must wear seat belts.

The new bill amends that law and makes the following specifications:

What the new law says – Section 1A –  Any person who drives on the highways of Virginia any motor vehicle manufactured after January 1, 1968, shall ensure that any child, up to age eight, whom he transports therein is provided with and properly secured in a child restraint device of a type which meets the standards adopted by the United States Department of Transportation.

What the new law says – Section 1B- Any person transporting another person less than 18 years old, except for those required pursuant to subsection A to be secured in a child restraint device, shall ensure that such person is provided with and properly secured by an appropriate safety belt system when driving on the highways of Virginia in any motor vehicle manufactured after January 1, 1968, equipped or required by the provisions of this title to be equipped with a safety belt system, consisting of lap belts, shoulder harnesses, combinations thereof or similar devices.

If you are traveling with someone under the age of 18, they need to be secured in a car seat or safety belt system.

What the new law says – Section§ 46.2-1096 – Whenever any physician licensed to practice medicine in the Commonwealth or any other state determines, through accepted medical procedures, that use of a child restraint system by a particular child would be impractical by reason of the child’s weight or height, physical unfitness, or other medical reason, the child shall be exempt from the provisions of this article. Any person transporting a child so exempted shall carry on his or her person or in the vehicle a signed written statement of the physician identifying the child so exempted and stating the grounds therefor.

If for any reason, a medical professional determines that a person under the age of 18 needs to be exempt, you must carry a signed written statement with you and it must state why the passenger is exempt.