You are here: Home / Home / Going to POP…Deciding on a Baby Shower Theme

My sister and I decided to have a joint baby shower for two reasons
1. It would save our parents a ton of money and
2. with both of us living so far from “home” and only 4 weeks apart in pregnancy, it didn’t make sense to have two separate ones.

That was the easy part.

The most difficult part was choosing a theme and then coordinating everything to go along. We eventually narrowed it down to “Mommy to BEE” (a bumblebee theme) and “Ready to POP”, both of which we found a ton of stuff on Pinterest.  We ended up going with the POP theme because my sister is already a mom, so it worked better for us.  We changed the wording to “Going to POP” because I would only be 23 weeks and she would be 27 weeks at the shower (we aren’t quite “ready” yet).

Unfortunately, running around, I didn’t get to take pictures of everything, but I will try my best over the next few weeks to get some more pictures and also recipes for all of the wonderful dishes we had.

We had customized stickers made from Vistaprint that went on our LolliPOP tree, as well as tied around our favors.  We used Bubbles as our favor (one of the thing I don’t have a picture of). 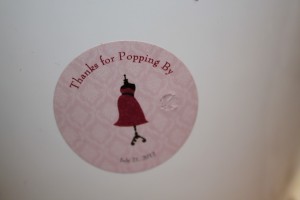 We tried to think of as many things with the word POP in it for found, but essentially around round you can convert into something “POPable”. Our main food consisted of: Ham & Cheese POPable sandwiches, POPcorn chicken, POPable meatballs, and Pizza POPS. Additionally, we had some amazing desserts… One of my favorites was a watermelon cradle that we found on Pinterest and Andrew actually carved out.  He added blueberries for hair as his own personal touch (I loved it). We said this was POPable fruit. 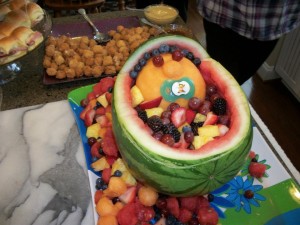 We also made homemade POPtarts.  These were simply amazing.  We filled them with cherry or apple filling and they were just so cute. 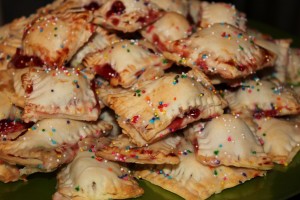 We also made a LolliPOP tree using tootsie pops and blow pops. 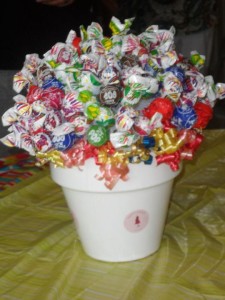 We also had Oreo Dipped Chocolate POPs that I wasn’t able to get a picture of yet.Lastly, we had a small popcorn bar. I blogged about making these adorable scrapbook popcorn cones a few weeks ago and it was a success with the kids! 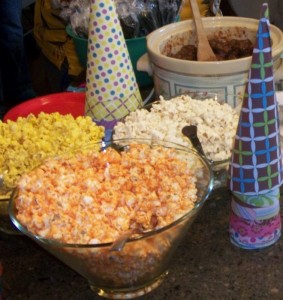 We did our entire shower for about $300 and it was a huge success!!  Be on the look out for upcoming recipes and money saving baby shower tips soon!

What’s in a Birth Plan?