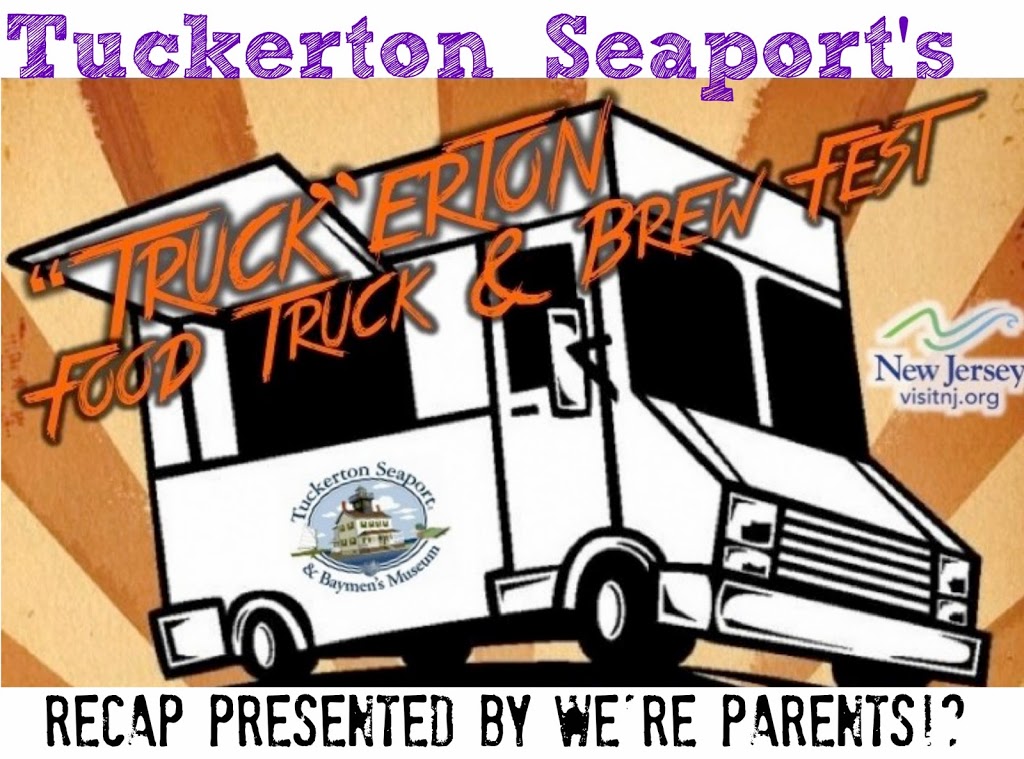 *This is a sponsored post written by me on behalf of the Tuckerton Seaport. This program is in partnership with Real Mom Media.  All opinions and thoughts are my own.

A few months ago, I was introduced to the world that is Food Trucks.  I know, I know, LAME.  How did I not know about them before?  My idea of a food truck was the guy that used to be outside the clubs at WVU selling hot dogs from a cart. Not really a gourmet food thing going on there.  But once I had real “food truck” food, I was hooked.  So I knew when Real Mom Media set up the event and invited us back to the Tuckerton Seaport for the 1st Annual “Truck”erton Food Truck and Brew Fest, we had to be there! 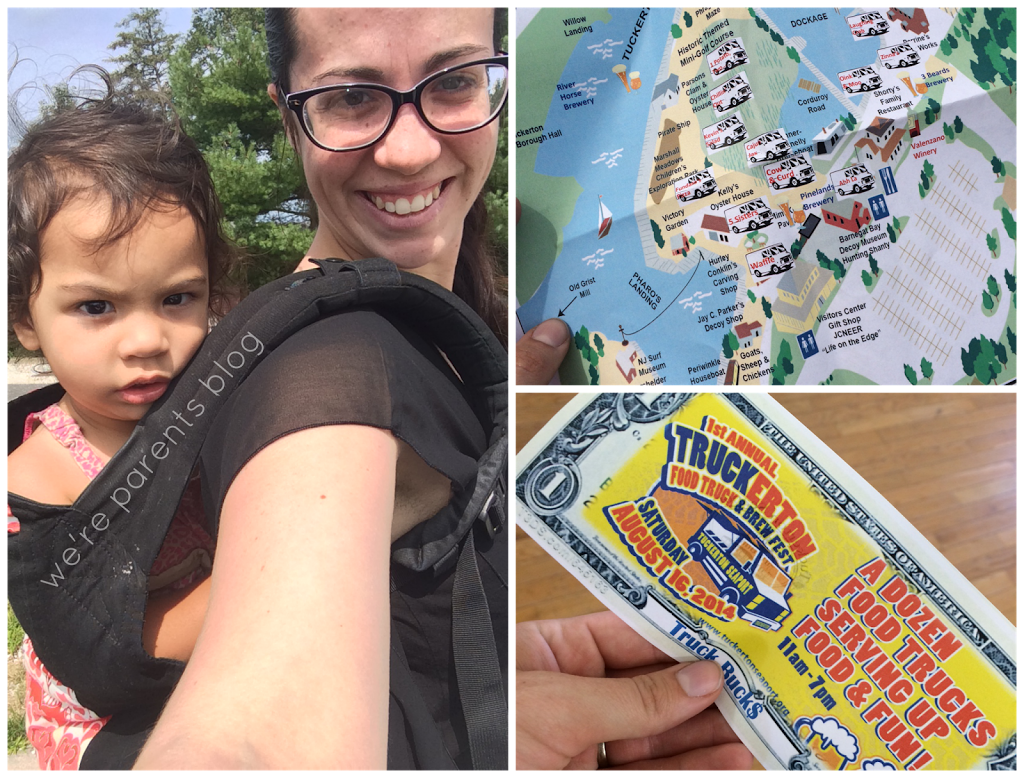 We arrived right when the doors had opened and were surprised by how empty the parking lot seemed. We went in and met with the amazing Joey Fortman where we got our maps and Truck Bucks! By the time we walked back out, the line to get in was wrapped around the building.  I knew it was going to be a great day.  The weather was perfect (a little humid – but no rain!) and the atmosphere was incredible. 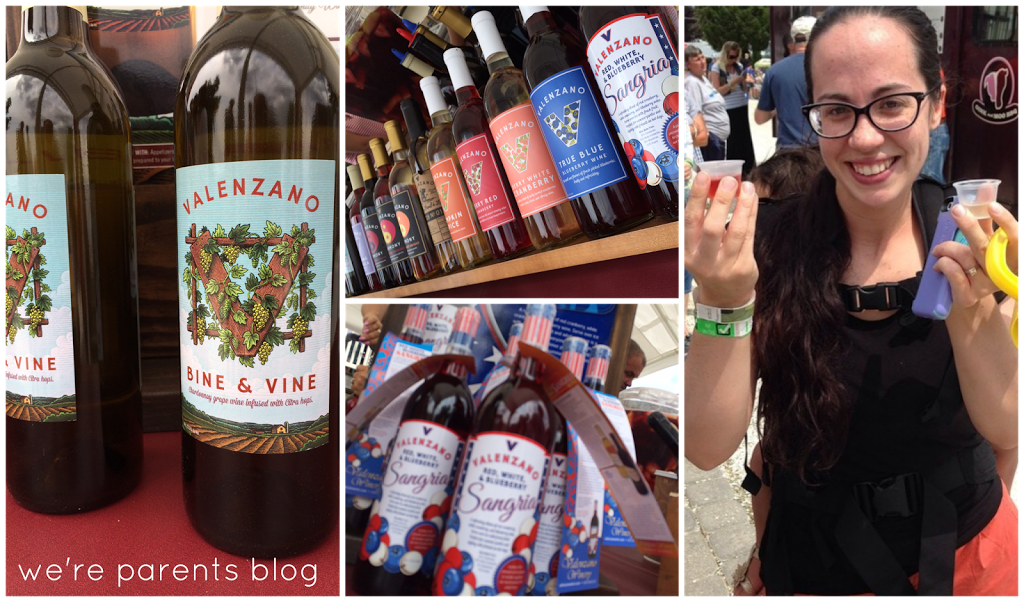 Our first stop was Valenzano Winery.  I was excited to try their Red, White, and Blue Sangria (which they donate a portion of the proceeds to military charities – over $80,000 so far!). The Sangria was great, but the very kind gentleman just kept talking about other amazing wines and I just kept having to sample them (darn him).  I ended up buying the Blackberry Syrah and the Berry White Cranberry and now that I’m home I wish I would have bought a few more.  It was delicious!

There were also three breweries there, but we skipped that since we aren’t beer drinkers.  Pinelands Brewery, River Horse Brewing Company and Three Beards Beer were there and apparently popular among those who do like beer.  Live music started around and lasted the entire day. 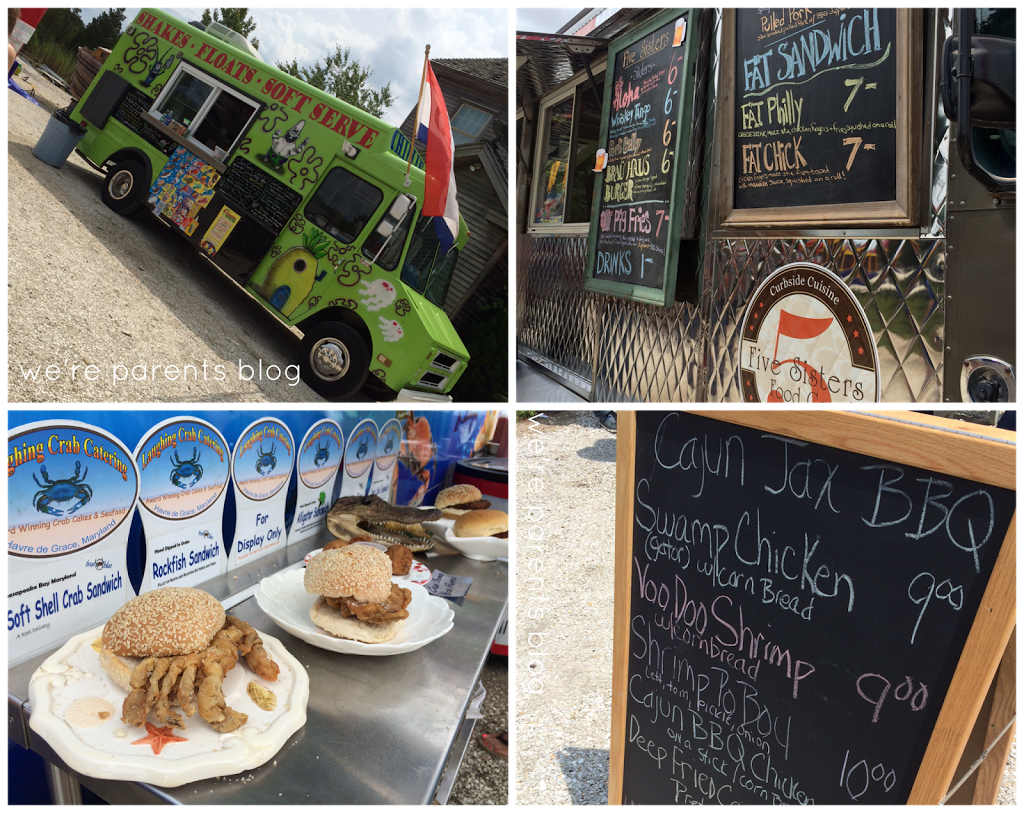 But it was time to check out what we were really there for!  The food trucks! There were a total of 12 food trucks there including:

There really was something there for everyone’s palate. 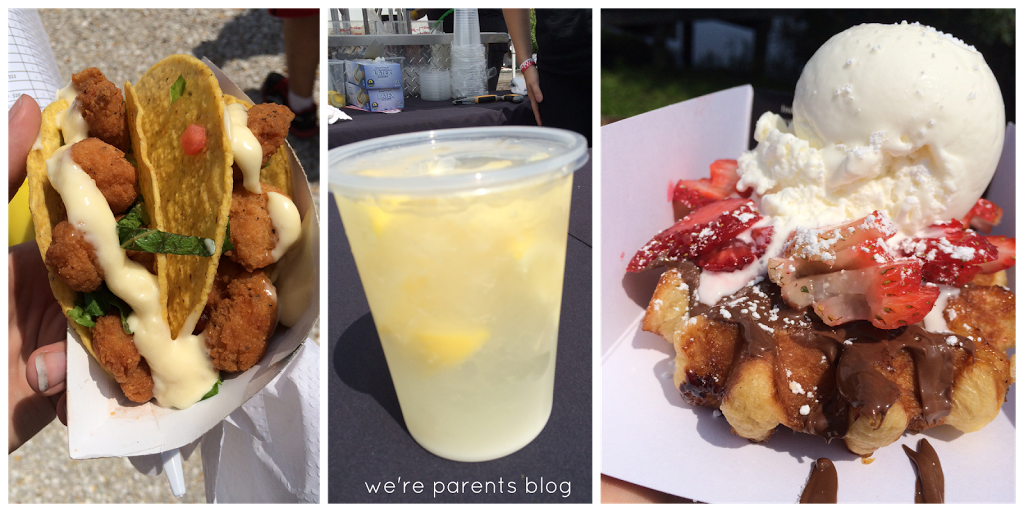 While we would have loved to taste a little of everything, we settled for just a few things.  We got Shrimp Tacos from Zinna’s Bistro, a fresh squeezed lemonade, Cajun Pretzel Bites from Cajun Jax (these were so good [and spicy] that we forgot the pic!), and to end the day perfectly, we got Waffle de Lys’ famous waffle creation.  We went with strawberries, Nutella, and powdered sugar on ours topped with ice cream.  Heaven! 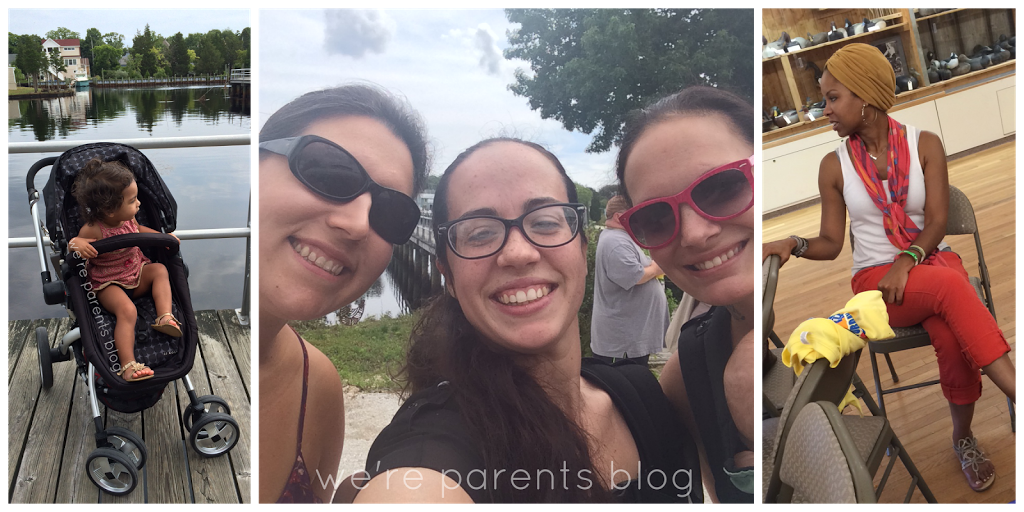 Skibbles loved being near the water when we had a chance.  I swear the girl would live there if she could.  I had an amazing time catching up with Miranda  (Princess Among Superheroes) and Reesa (Momma Lew) as well.  Lastly, Real Mom Media brought in special guest Nichelle Pace aka “Style Mom” to talk about analytics.  I learned about so much and was so inspired by the talk, I almost bought a second blog last night, HA!  However, I brought myself back down to earth and instead did some behind-the-scenes changes on this one to make it even better in the months ahead! Stay tuned for that! 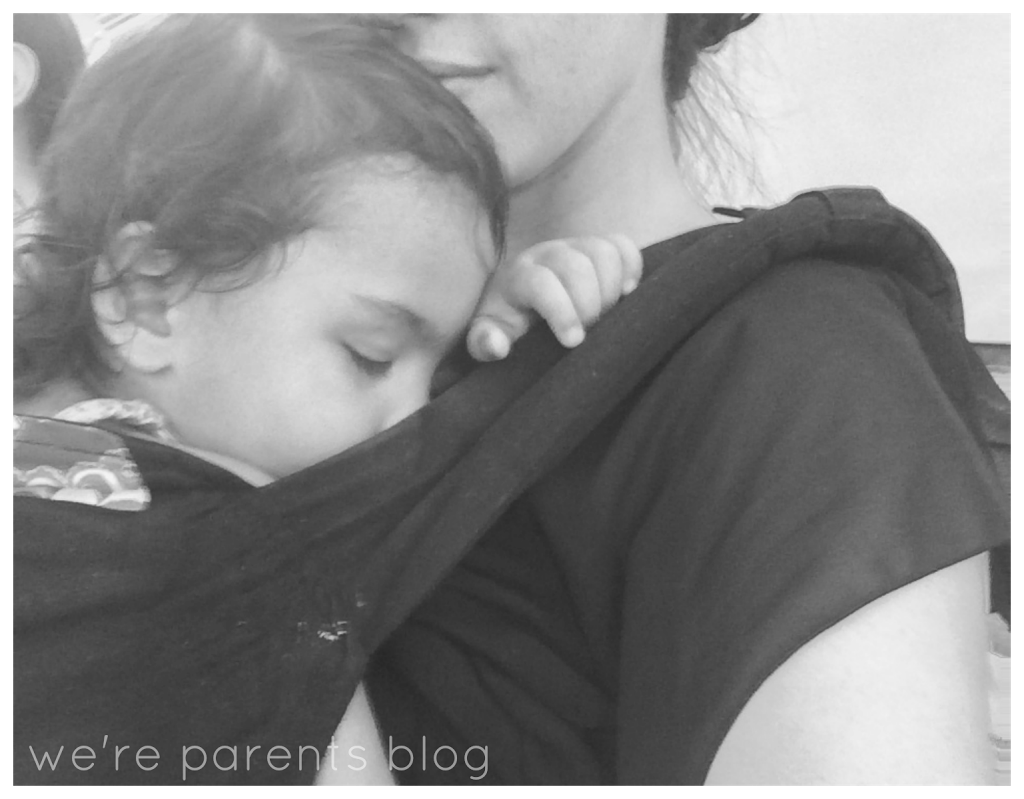 Tuckerton “tuckered” my little girl out and she had an amazing nap there and even went to sleep early. We had an incredible time ourselves and hope they decide to do it again next year.  I know that some people were bummed that one of the breweries ran out of beer and that some of the food trucks started to run out of food (FYI– this happens at all food truck events- the trucks are only so big), but the atmosphere, family friendly environment, and amazing aroma that filled the air was enough to make anyone happy! The “Truck”erton event was great and we can’t wait to see what the Seaport has up their sleeves to come!

Want a quick recap?  Watch out video below!

Are you a food truck connoisseur or a newbie like us?
Leave a comment below letting me know!

*This is a sponsored post written by me on behalf of the Tuckerton Seaport. This program is in partnership with Real Mom Media.  All opinions and thoughts are my own.