Disclosure:  Thanks to Mitsubishi  and Drive STI we were given the chance to drive the 2014 Mitsubishi Outlander free of cost.  No compensation was received.  Opinions and thoughts are 100% our own. 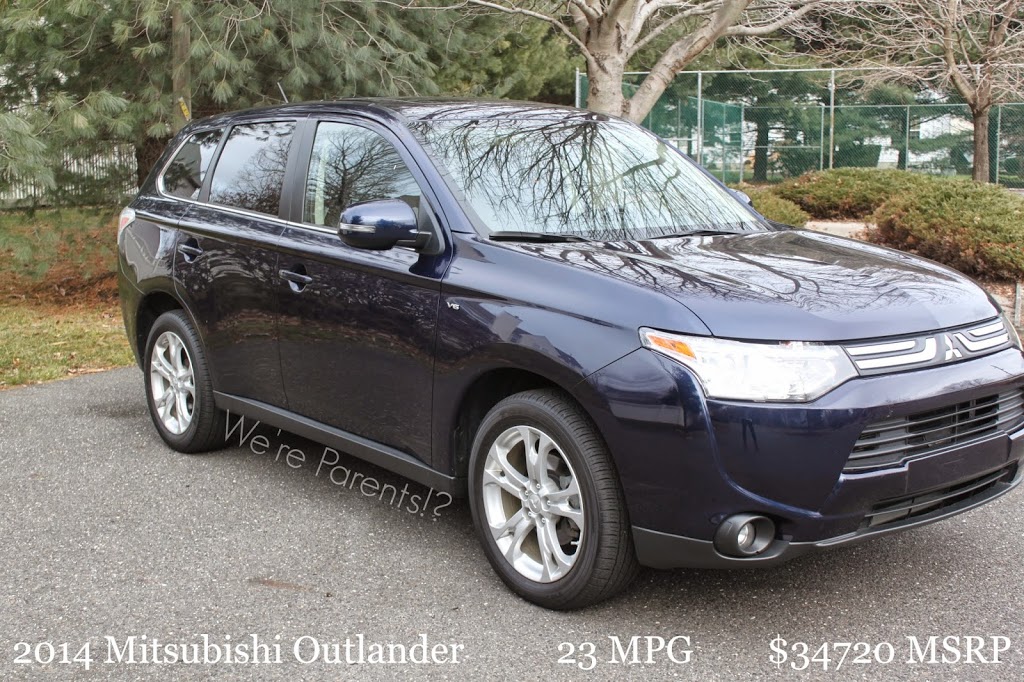 More and more everyday we are in the market for a new vehicle and I’m definitely leaning towards an SUV.  I just don’t think that we are a “minivan family”.  So I was excited when Drive STI extended an opportunity to test out the Mitsubishi Outlander in Cosmic Blue/Black.

The Outlander has a ton of great features like a generously sized touchscreen, subwoofer sound system, heated front seats, and a variety of amazing driving options that you can easily change depending on your driving situation. We loved all of the safety features of this vehicle including lane departure warning and forward collision mitigation.  I’ll admit all the beeping was a little annoying in the beginning, but we quickly got used to it and the pros of the safeness were much more ease on my mind than it not being there. 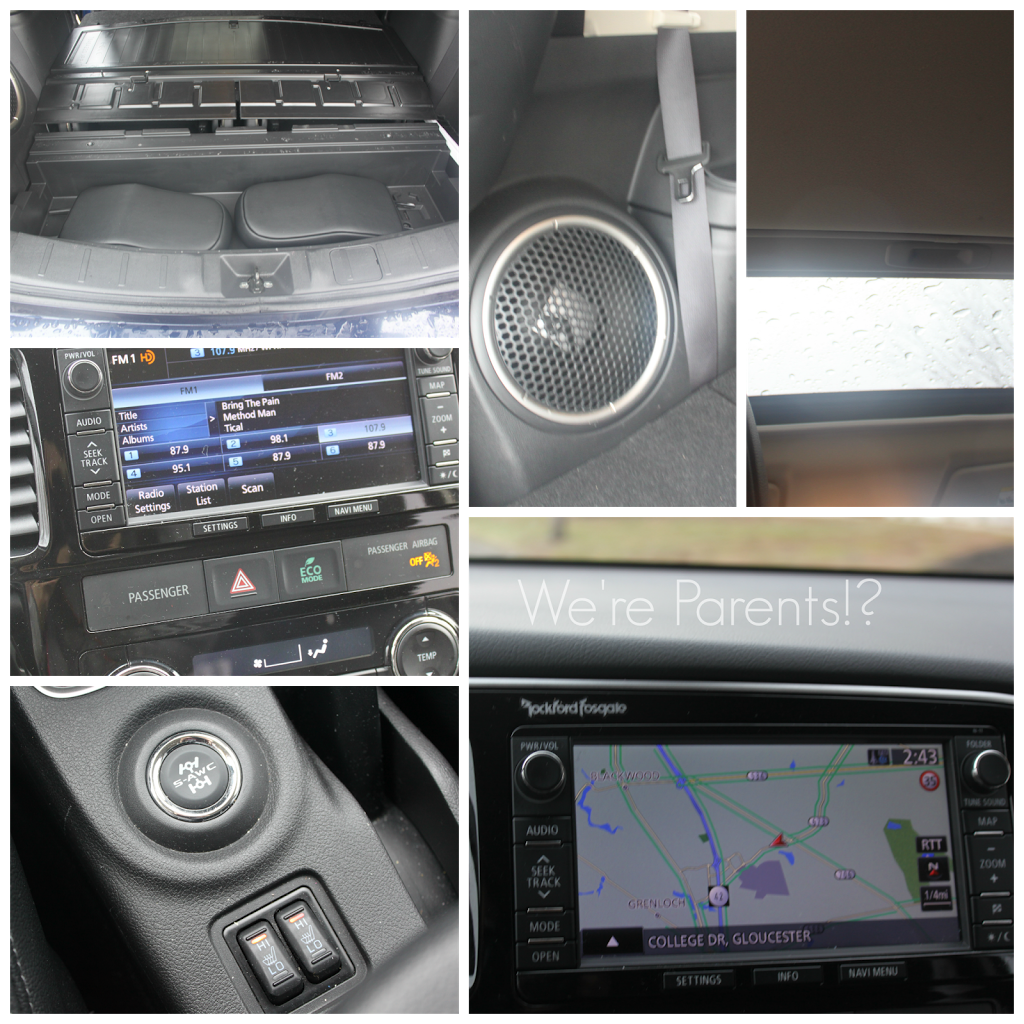 One of the features that I was most looking forward to was when they told me it had a snow function.  We were traveling to West Virginia for the holidays and it’s snowed every year except one when we go there for Christmas.  It was the perfect opportunity to test.  Unfortunately, as luck may have it, this was the second year we’ve been together that it didn’t snow, so we didn’t get to test the snow feature; however, I still love how easy it was to switch them back and forth depending on how you are driving, and we primarily kept it in the Eco/Normal function. The Outlander gets 28 highway or 20 city for a total of 23 MPG, however, we found that it did slightly better than this which is impressive for an SUV. 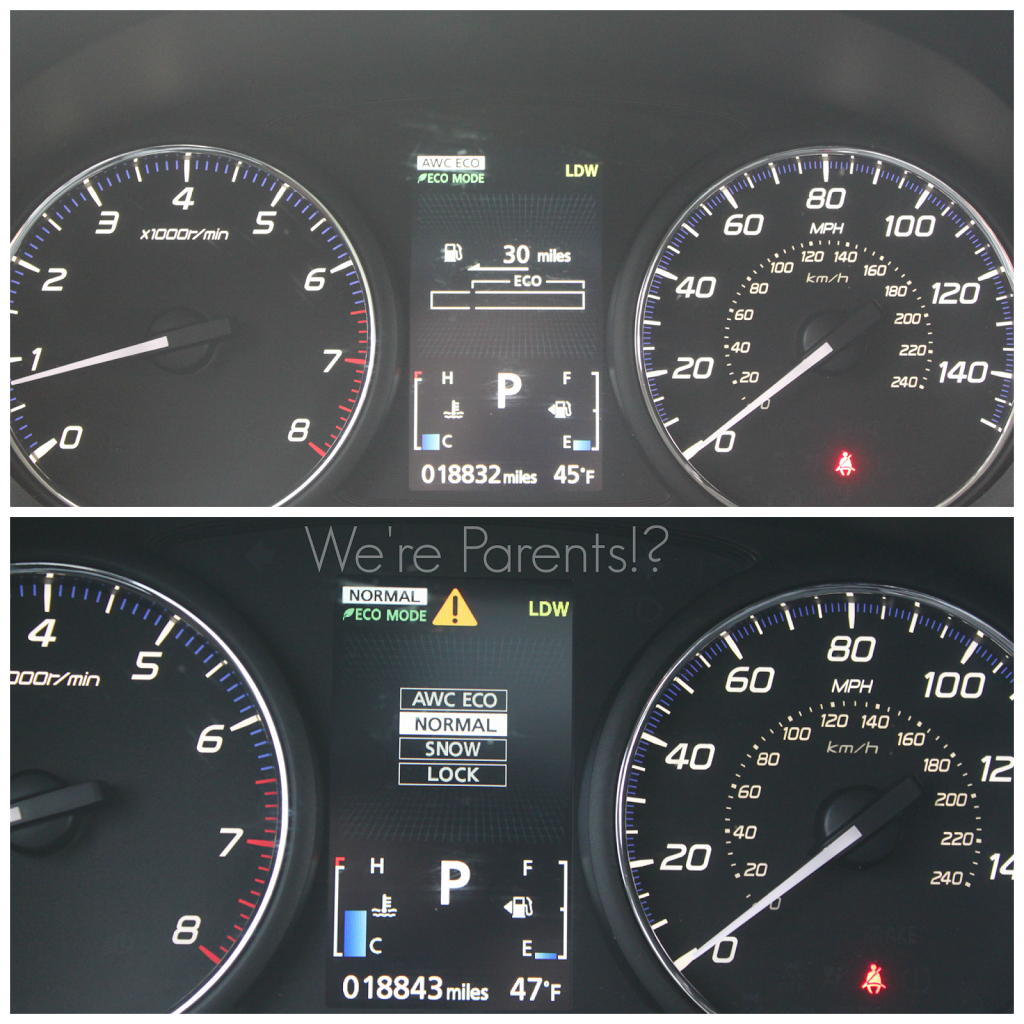 The Outlander has the option to be two or three rows, but in my opinion, it’s a two row vehicle with the third row for emergencies only.  There is very little space between the second and third row, especially when car seats are involved.  Even the second row didn’t have a lot of space when it came to our Diono car seat.  This was a downfall for us, but for families with older children that don’t need car seats or a smaller car seat it could be an awesome car. 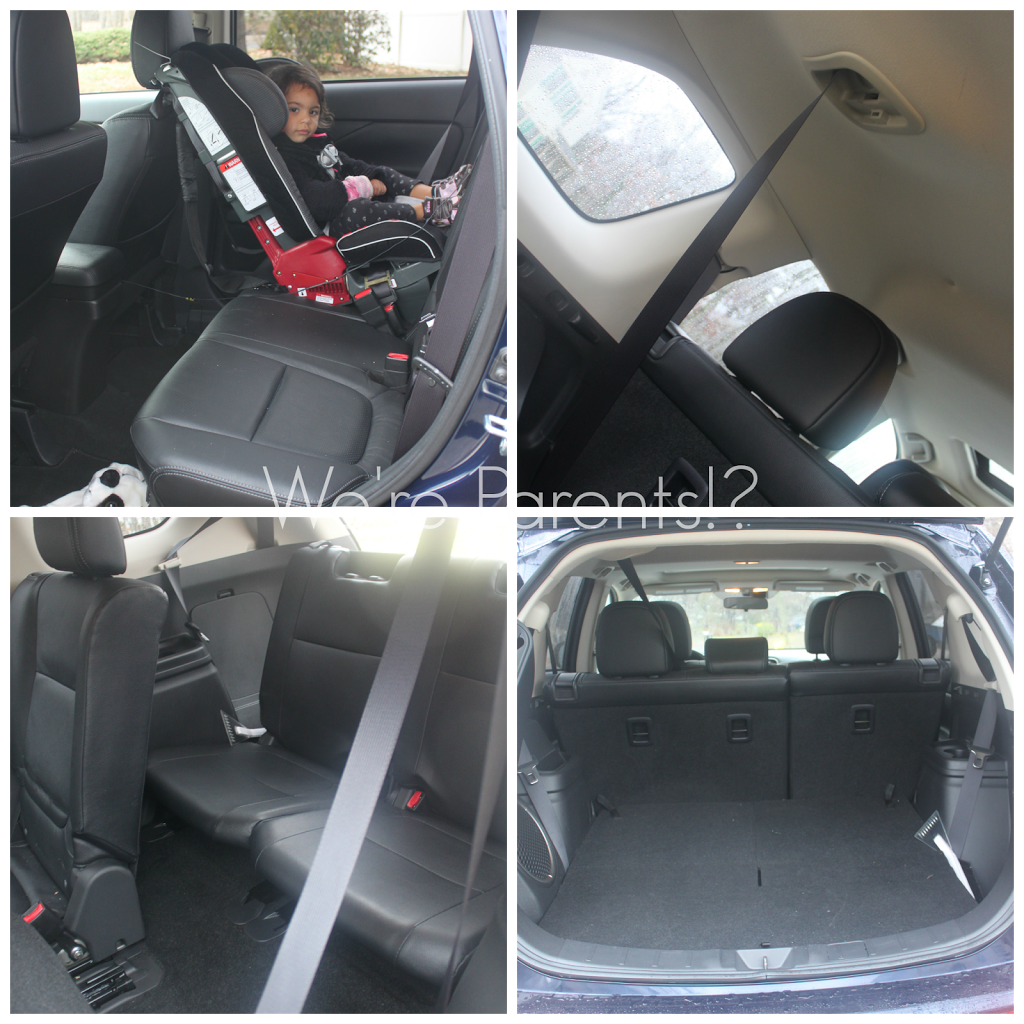 Some our Top Mitubishi Outlander features are:

And so much more!

What it will cost you-