You are here: Home / Babywearing / Baby K’Tan Controversy Response – Proof why Baby K’Tan is NOT Racist

I recently learned that Baby K’tan came under fire for being “racist” against black families because on their packaging the “white” woman had a man in the picture and the black woman didn’t. I don’t typically post many rants on my blog, but I’m posting here because I hope Google decides to index it at the top in response to this ridiculous topic.

Number one.  Stop using the wrong terminology.  If anything, they may be stereotyping, but you can’t say they are racist.  If they are racist then all of their images would be strictly of white people. Moving on…..

Now, I’m seriously over the middle school drama that we have seemingly come up with in this society. Since when do we have to complain about Every. Single. Little. Minute. Detail. Seriously!! And who has time for that? I mean, honestly, who the hell is sitting around thinking what can I conjure up to start drama today for x-y-and/or-z. 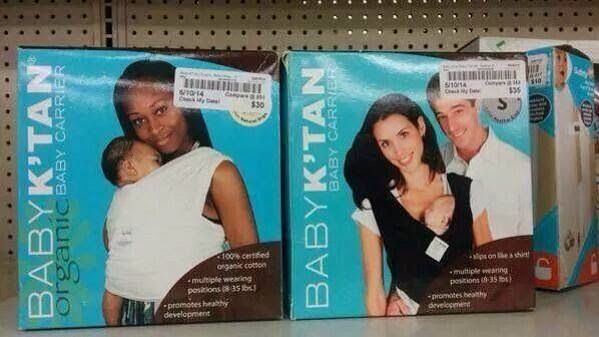 Recently Baby K’tan came under fire when someone posted these photos together (above picture) and said that because the black mother was alone, they they are racist and stereotyping a single black mom. And then a sh** storm broke loose on social media. Without any research. Without any knowledge, people felt entitled to repost this image over and over with their uneducated, minuscule thoughts.Now I get it. Trust me. You see something that pisses you off and you want to share it. Got it. But there are certain things, like when it comes to racism and especially involving small businesses, that you really should take 0.007 seconds to research and then instead of being in the uneducated group of social media morons that share everything just because, you would actually see the truth. But because you won’t do that, let me spell it out here for you.

1.  A 30 second inquiry over at their website would show a variety of races and family dynamics using their carriers. Even men alone. I mean gasp. Maybe they don’t think moms are fit to raise a baby. (Seeing no racism, moving on…)2. They’ve actually worked with us. A MIXED COUPLE! From the very beginning. When my blog was teeny tiny and barely had 1,000 Facebook fans, they gave us a chance. And guess what. Our pictures were all over our site. Andrew is black. If they were really racist, they could have just said no thank you. But they didn’t.  And wait. The picture I showed in my post– It is just of me. Because at the time Andrew was scared to wear her and didn’t want to be in the picture….which leads into…3. Maybe. Just maybe. They just didn’t have someone the day they had a photographer to fill that part. Or maybe the black male cast cancelled at the last minute and they couldn’t get a replacement but had to go on with production. So they did one family box and then multiple images of women, why? Because it’s depicting the mother- which a majority of the time with a newborn baby is the one that is supposed to be doing skin-to-skin.

4. Because if you do a 5 second Google search, you will see that these are all product packages for Baby K’Tan.  Maybe, they only support single families?  I’m pretty certain they support all walks of life and are simply just trying to depict what the product is intended to do.  Keep your baby close to you. 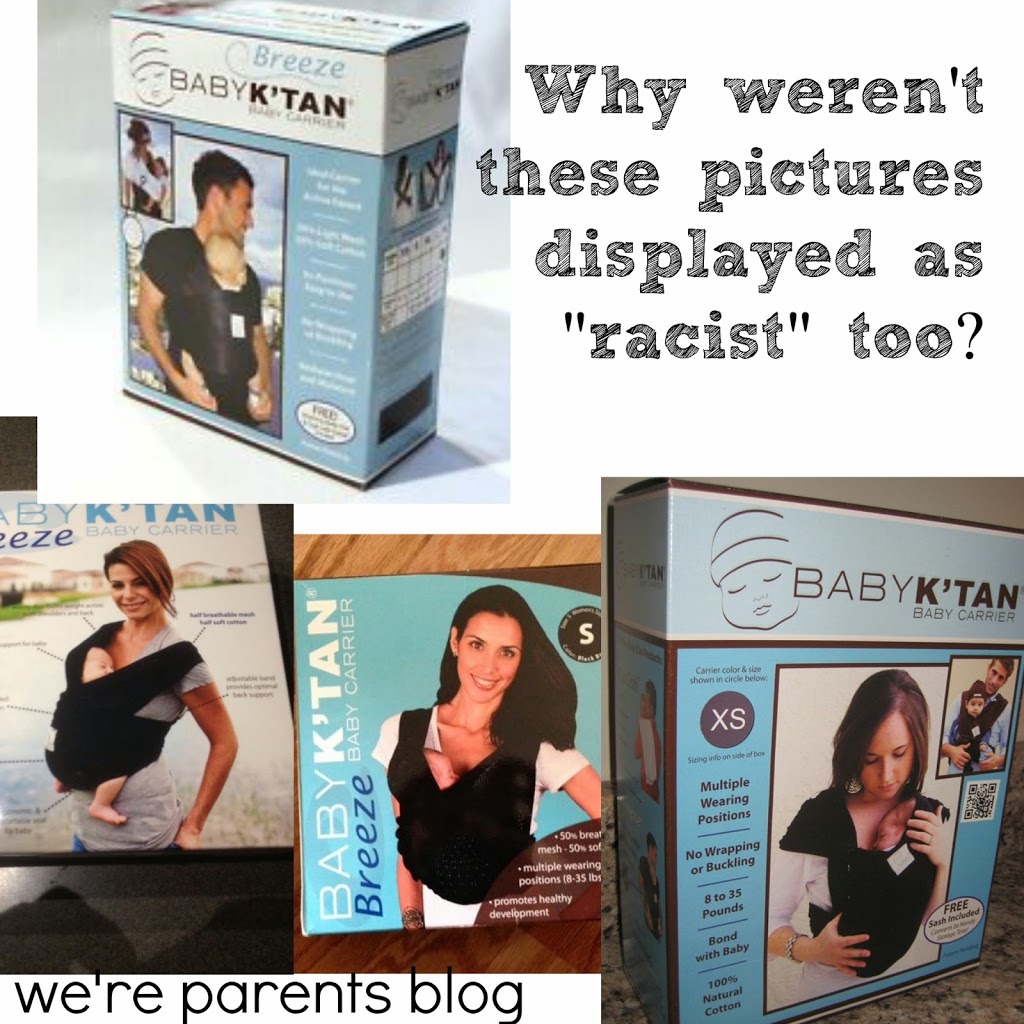 5.  Because the couple on the “family” packaging is actually an interracial couple (white female, Hispanic male).  FREEZE.  HOLD UP. PAUSE. Are you serious?  Such a controversy.  And WAIT! They actually have a picture of a black dad babywearing in their ad campaign. 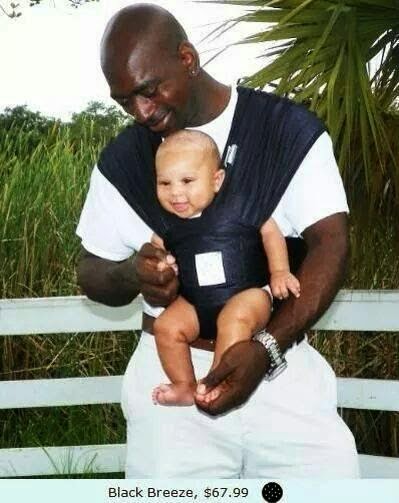 Bonus: And just because I couldn’t have said it better myself,
all the reasons that TheBabyGuyNYC lists.

Get over yourself. Go do something to change the world and stop complaining about things that have absolutely no merit. The 5 minutes of your life you wasted saying that this company was racist could have been prevented by simply looking up the information for yourself.  My honest thoughts– white, middle class, middle aged females are known to be the primary consumer and purchaser, so they SHOULD target that audience.  Nothing more.  Nothing less.

This is a very small company, only five products currently, so I’m sure that their marketing/PR/advertising budget is also small, so maybe, just maybe, when they can afford a multi-million dollar ad campaign they will be able to show more families images.  Until then….

We love you Baby K’Tan.