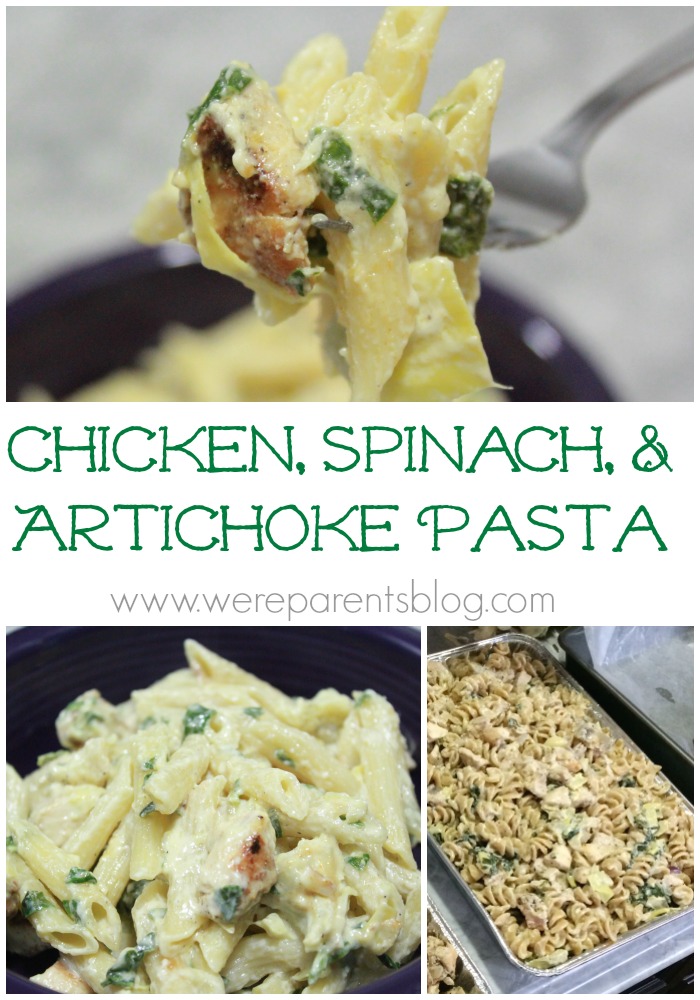 My mother is literally one of the pickiest eaters I know.  A 100% positive that majority of her sustenance is ice cream. Obviously, it’s a completely different lifestyle than the one I live, but until a few years ago, I was just as picky as her because that’s how I had been brought up.  I realized that so many foods I refused or was hesitant to try was because growing up she also told me it was gross.  One of those things was spinach.  In one of my last years in college, a few friends and I had gone out to eat and they begged to to just taste the spinach artichoke dip they had ordered.  What the hell was an artichoke!? AND Spinach?  They were nuts! Extremely hesitantly, I tried it, and was instantly hooked.  It was amazing.

Ever since then I have been in love and have even made my own easy spinach artichoke dip recipe.  Last year, we had a get together and I made the dip and I accidentally made way too much.  I had the genius idea instead of wasting it, to make it into a spinach artichoke pasta dish and add chicken. Since then, not only have a made it a gazillion times, but it’s also one of my favorite meals to take to new moms. 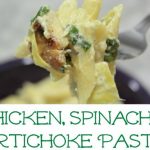 Sometimes I will cut the amount of pasta in half and then save half the sauce so I have enough left over so I can have some dip with my chips too.  Even though Andrew is extremely picky himself, he actually loves this chicken spinach and artichoke pasta.  Skibbles is quite fond of it also.  I still don’t have a clue how to cook/cut an actual artichoke, so until then, I stick with the canned version, but I hope some day that I can figure it out.  Who wants to come over and give me a lesson?